Since the launch of the first World Report on Vision in October 2019, IAPB have convened six successful World Report on Vision launches. These launches have been critical to the implementation process of the report and have enabled key stakeholders to discuss country specific challenges and agree to key actions moving forward.

However, the majority of governments focus right now is quite rightly on tackling the coronavirus (COVID-19) outbreak. We are encouraging all members to postpone lobbying activity and country launches until further notice. 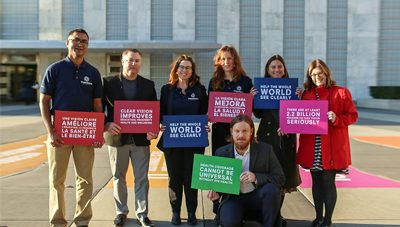 The World Report of Vision UN launch was hosted by the UN Friends of Vision and the World Health Organisation (WHO), with support from IAPB, The Fred Hollows Foundation, Sightsavers, Clearly and the Vision Council of America.

To raise attention and to continue the World Report on Vision launch celebrations, the group organised an Eye Health Exhibition and Vision Screening in the UN Secretariat Lobby. 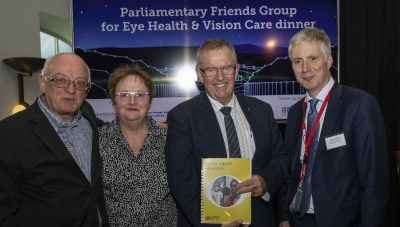 The Parliamentary Friends Group for Eye Health and Vision Care held a dinner at the Parliament House Canberra, hosted by Vision 2020 Australia and attended by two dozen politicians bridging the political divide. Guest of Honour was IAPB CEO Peter Holland, who launched the World Report in the presence of IAPB’s Regional Chair Ms Amanda Davis and Global Chair, the former Senator Bob McMullan.

Read more about the launch 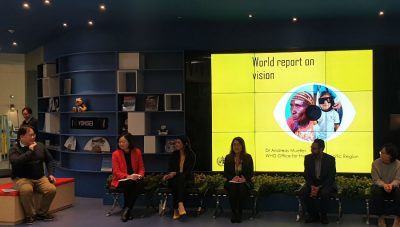 South Korea held its launch of the World Report on Vision on December 6th 2019, the event was hosted by Dr Andreas Mueller of the World Health. Speakers at the event addressed the disparity in eye health coverage amongst minorities and women and the importance of renewed advocacy efforts to raise profile in Korea. 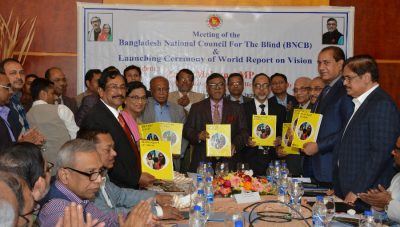 In the South East Asia region, Bangladesh was the first to hold a launch. The event took place on 19 and 20 January 2020. The Honourable Minster of Health, Zahid Maleque, officially launched the report and was attended by 70 people.

Key outcomes for the event:

The Minister of Health committed to allocating adequate resources to strengthen primary eye care, including the addition of 500 vision centres in the near future.

Read more about the launch 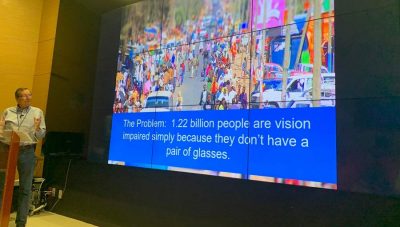 The first PAAO regional World Report of Vision launch was held in Queretaro, Mexico at the Official Program II International Course in the Care of Vision Health. The launch brought many global eye health specialists including Serge Resnikoff, M.D and Dr Francisco Martínez Castro. The event was a great success and garnered widespread attention.

A key objective for the launch was create a meeting between Public Health and Science.  The event was a resounding success. 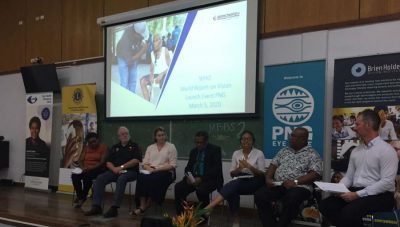 Papua New Guinea held the first launch of the World Report on Vision of the Pacific Islands. The launch was hosted by the Prevention of Blindness Committee at the University of Papua New Guinea, Medical School and was attended by over 100 attendees, garnering significant press and social media attention.

Key outcomes for the event:

Additional Budget will be used for Eye Health & the Secretary for the Health Department to include Eye Care in the National Health Plan.