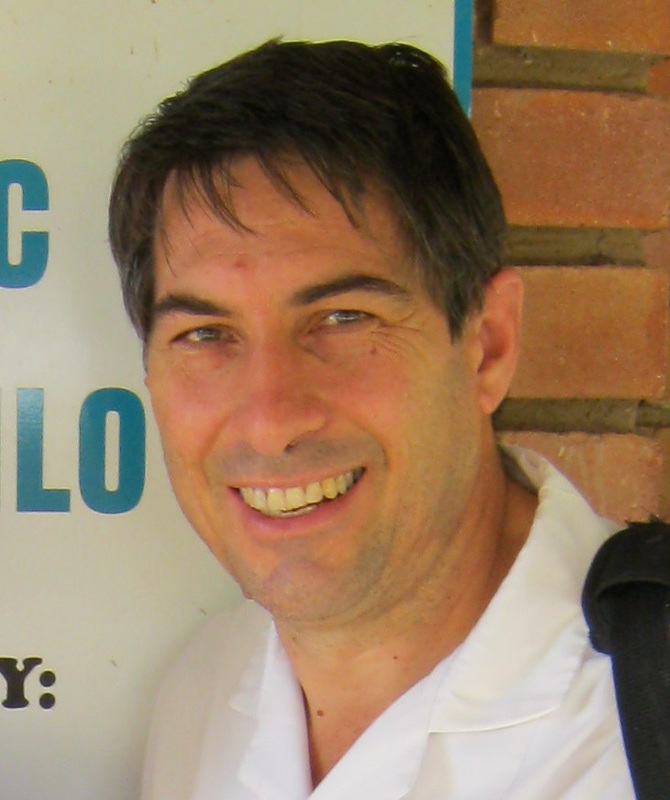 What I love about my role is being a little part of the international solution to eliminate avoidable blindness! But my role is such a privileged one: Can you imagine what a dream job it is to be the doctor, as well as the surgeon, basking in the joy of patients’ new sight, nearly every day? To be a member of a team that is sharpening its skills each day, helping design and then implement a blindness strategy for an entire country, all the while training others to do the same? I can’t think of a more satisfying occupation. I love most that I get to have patients who go home, not in a coffin, but with joy.

About Dr Jonathan Jasper Pons
Dr Jonathan Jasper Pons is the Project Leader and Ophthalmologist at the rural Good Shepherd Hospital, a CBM partner and Roman Catholic mission hospital, located in Siteki, near the Eastern border of Swaziland. He and his wife Helen have served mostly in rural/mission hospitals in Southern Africa. Originally from South Africa where he obtained his medical degree, and having worked at different hospitals across South Africa and Canada, Dr Pons is now one of only two eye surgeons in Swaziland. He has been based at the Good Shepherd Hospital since 1999. Helen runs a family farm near the hospital, producing food. Dr Pons is very passionate about rural medicine and the prevention and treatment of blindness in particular. His involvement extends to training, advocacy in Southern Africa and research. During his time in Swaziland, Dr Pons has been instrumental in establishing the Prevention of Blindness project at the Good Shepherd Hospital, including local training, and community case finding. Further projects were established under his guidance at St Theresa’s and Raleigh Fitkin Memorial Hospital in Manzini. He has also conducted community-based research into Cataract blindness. In addition to eye health, Dr Pons is interested in improving food security as well as orphan care. He is a founding board member of Bulembu Orphan village in Swaziland, and continues to be actively involved in this organisation, including through community-based research into the care of orphans. As an active Christian, Dr Pons describes serving the underserved, the poor and rural people of Southern Africa as his ‘lifelong calling’.