Eye Health and the CommonwealthLaunch of the China White Paper, English VersionBlinded by SugarBuild Back Equal74th World Health Assembly Side Event - Universal Health Coverage and Eye Care: new targets for a new decade 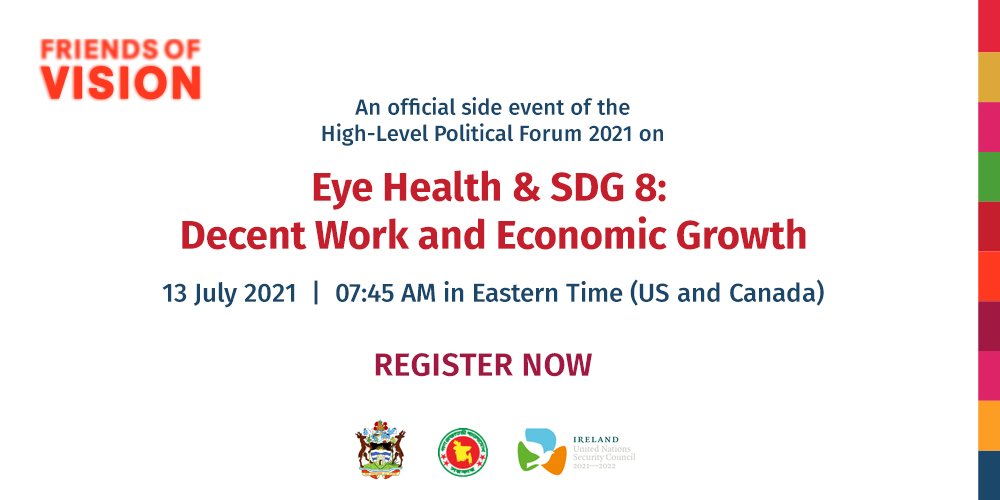 The United Nations (UN) Friends of Vision will host a side event in the margins of the 2021 UN High Level Political Forum on 13 July 2021 at 07:45 EST. The theme of this year’s HLPF is “Sustainable and resilient recovery from the COVID-19 pandemic that promotes the economic, social and environmental dimensions of sustainable development: building an inclusive and effective path for the achievement of the 2030 Agenda in the context of the decade of action and delivery for sustainable development”.

Vision offers enormous potential to improve economic productivity, enhance employment prospects and increase workplace productivity. Every year the global economy loses at least $411 billion dollars in lost productivity from poor vision – this lost potential can be unlocked. The Friends of Vision event will bring together UN diplomats and agencies, including the International Labour Organisation as well as finance ministers, trade unions, business leaders and eye health experts to discuss how vision can support efforts to build a more equitable, inclusive, sustainable and resilient future. The event will focus on the links between vision and SDG 8 (decent work and economic growth) and the adverse impact of the COVID-19 pandemic on the global economy and the urgent need to tackle unemployment. 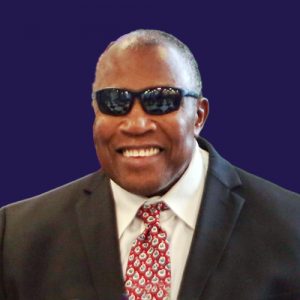 H.E. Dr. Walton Webson holds a Bachelor of Science degree, a Master of Science in Management of Non-Profit Organizations, a post graduate diploma in Organizational Development from the New School for Social Research, and a DBA in Management from Case Western Reserve University. He worked for several international nongovernment organizations including: Sight Savers International of the (UK), The Caribbean Council for the Blind, (Antigua and Barbuda), Hellen Keller International of New York and Perkins International where he worked from 1992 to 2014 and was the organization’s Director from 2011.  Dr. Webson is an Antiguan diplomat. He has served as the Permanent Representative to the United Nations in New York of Antigua and Barbuda since 2014.

Ambassador Webson is an innovator and a leader. He founded the Friends of Vision at the United Nations; a group responsible for advocating for eye health to be included in universal health care. He was successful in getting eye health for the first time included in a UN resolution on UHC. He was the lead sponsor on two resolutions affecting the lives of persons with disabilities around the world and is considered as a champion on disabilities issues and a leading voice on issues of Small States. 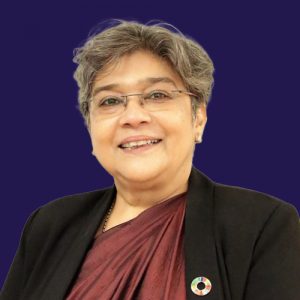 Ambassador Rabab Fatima, Permanent Representative of Bangladesh to the United Nations, presented her credentials to the UN Secretary General on 6 December 2019.   Prior to taking up her current post, she was Bangladesh Ambassador to Japan since February 2016.

Ambassador Fatima is a career diplomat and joined the Bangladesh Foreign Service in 1989.  She has served in various Bangladesh missions including, in the Permanent Mission to the UN New York, Kolkata, Permanent Mission to the UN Geneva, and Bangladesh Embassy in Beijing.  She also served in various positions in the Ministry of Foreign Affairs, including, as Assistant Secretary (UN Wing), Director (UN Wing) and Director General (East Asia & Pacific Wing).

Ambassador Fatima served in lien with two international organizations, namely, the Commonwealth Secretariat, London, as Head of Human Rights (2006-2007); and with the International Organization for Migration as the Regional Representative for South Asia (2007-2011); and as the Regional Adviser for South and South-west Asia & Regional Adviser for Climate Change and Migration in IOM’s Regional Office for Asia and the Pacific (2012-2015).

Ambassador Fatima received her M.A. in International Relations and Diplomacy from the Fletcher School of Law and Diplomacy, Tufts University, USA, and B.A. in Social Science from the University of Canberra, Australia. 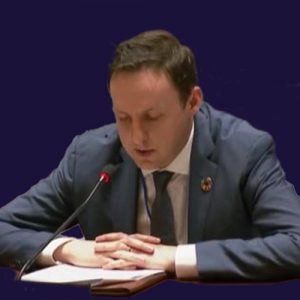 Ambassador Brian Flynn is the Deputy Permanent Representative of the Permanent Mission of Ireland to the UN. Prior to joining the Mission in New York, he was the Director of Human Resources in the Department of Foreign Affairs and Trade in Dublin. Previously, Ambassador Flynn served at the Embassy of Ireland in Berlin, as Political and Foreign Policy Officer (2011-2013), then as Deputy Head of Mission (2013 – 2015). He was Deputy Director of the Russia/Europe Section of the Political Division from 2009 – 2011 in Dublin, following four years as Deputy Head of Mission of the Embassy of Ireland in Prague (2005-2009). 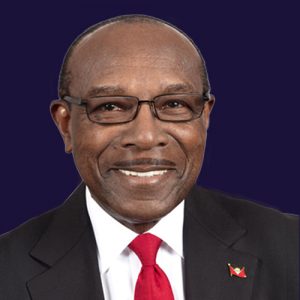 Minister of Health, Wellness and the Environment, Antigua and
Barbuda

Molwyn first entered politics in 1984 when he was made a Minister in the government of V.C. Bird. He became Minister of Finance and Trade seven years later, renegotiating the Antiguan national debt and introducing fiscal reforms, including expenditure control, improved revenue collection, external debt management, proper evaluation of projects, improved public sector efficiency, price controls on basic foods and commodities, tax reform, and good governance. As Minister, he stood firm against the suggested creation of an income tax.

He later served as Minister for Planning, Implementation and Environment, Minister of Health and Social Improvement, and Minister of Tourism. As Minister, Joseph worked to attract new visitors and investment to Antigua, increasing the number of hotel rooms and bringing new air carriers to the island. He also led the Antiguan delegation to the World Travel Market in 2001.

Outside of his duties as tourism minister, he led an official Antiguan delegation to China to discuss bilateral relations, and issues of common concern.

Joseph succesfully retained his St. Mary’s North seat in the 12 June 2014 general election. On 18 June 2014, he was appointed Minister of Health and the Environment.

He secured a seventh term in the 2018 election and was appointed Minister of Health, Wellness, and the Environment on 22 March 2018. 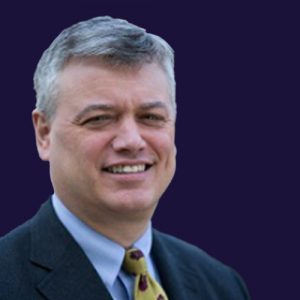 Stewart Simonson, from United States of America, is Assistant Director-General responsible for WHO’s Office at the United Nations and Head, WHO-US Liaison Office. Prior to this post, he was Assistant Director-General for General Management at WHO Headquarters in Geneva. He brings more than 20 years of experience in corporate governance, risk management and administration that spans government, nongovernmental and private sectors. His past roles include Senior Vice President and General Counsel to the Futures Group Global LLC, and most recently, Legal Counsel to the CRUDEM Foundation and Resident Technical Advisor to its partner hospital in northern Haiti.

Earlier in his career, Simonson served in the United States Department of Health and Human Services (HHS) in different capacities, including as Assistant Secretary for Public Health Emergency Preparedness. In this role, he was the Secretary’s principal advisor on matters related to bioterrorism and other public health emergencies and coordinated the development of the United States government’s position on the revision of the International Health Regulations. Prior to HHS, Simonson was Legal Counsel to the Governor of Wisconsin. He has degrees in law and political science. 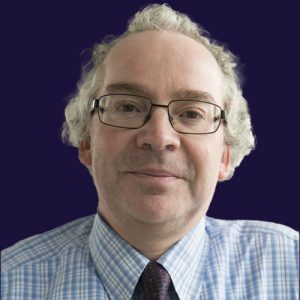 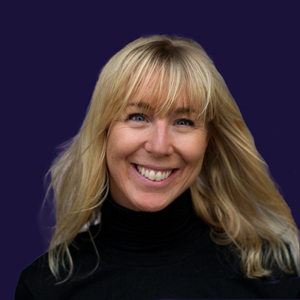 President, International Agency for the Prevention of Blindness

Caroline Casey is the businesswoman and activist behind The Valuable 500, the world’s largest CEO collective and business move for disability inclusion.

Casey launched the movement at the World Economic Forum’s Davos Summit in 2019 and since then has signed up 500 multinational organisations with a combined revenue of over $8 trillion, employing 20 million people worldwide to radically transform the business system. The membership includes 36 of the FTSE 100 companies, 46 of the Fortune 500 and 28 of the Nikkei.

Recently appointed President of the IAPB, Caroline also sits on several diversity and inclusion boards to include L’Oréal and Sky and is a much sought-after speaker.
Caroline has received an honorary doctorate as well as multiple awards and accolades for her work as a disability activist. 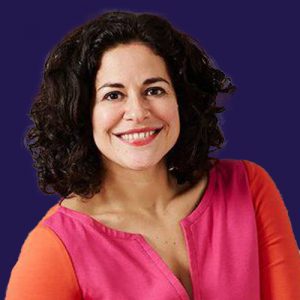 Jennifer Gootman is the vice president of social consciousness and innovation at West Elm, where she oversees the brand’s commitments around supply chain transparency, artisan sourcing, and sustainability. Gootman also serves as the vice president of corporate social responsibility for West Elm’s parent company, Williams-Sonoma Inc., leading sociallabor compliance and programming across the company’s eight brands. Prior to West Elm, Gootman spent more than a decade working with nonprofits and social enterprises in New York, Nicaragua, and India, connecting artisan businesses with larger markets and identifying innovative ways to link economic development and the arts.

Gootman holds a BA from Harvard College and an MBA from the NYU Stern School of Business, is a recent fellow in the Aspen Institute’s First Movers program, and makes jewelry in her spare time. She has been invited to present her work at the Aspen Institute, United Nations, Fast Company Innovation Festival, Columbia Business School Social Enterprise Conference, and Fair Trade Federation Conference. 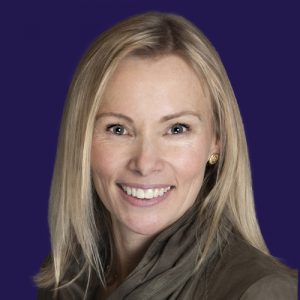 Ella Gudwin is CEO of VisionSpring. Under her leadership, VisionSpring has tripled its impact and the global team that is tracking to sell 10 million pairs of radically affordable eyeglasses in emerging and frontier markets, creating $2.16 billion in increased earning potential at the household level.

Before joining VisionSpring in 2015, Ella was senior vice president of strategy and program development at the global health organization AmeriCares. In prior roles, Ella led humanitarian operations as vice president of emergency response and managed access to medicine and health care capacity building programs in ten countries as director of Asia and Eurasia partnerships. Earlier in her career, Ella served as the head of Foreign Government Relations at the Population Council, focused on reproductive health, youth, and poverty. Her passion for social justice and economic development issues took root in Indonesia during the Asian financial crisis and the ensuing people power revolution.

Ella earned an MA in emerging market economics and Southeast Asia studies with distinction from SAIS, Johns Hopkins University, and a BA with honors from Vassar College. Ella is a member of the Council on Foreign Relations. 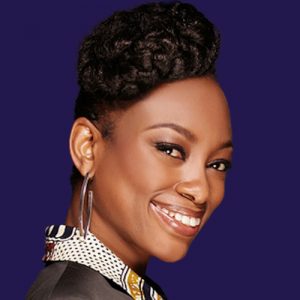 Femi Oke is an award-winning international journalist, broadcaster, professional moderator and co-founder of the diverse moderators bureau “Moderate The Panel.” Femi’s reporting has been recognised by the Economic Community of West African States (ECOWAS), the African Communications Agency and InterAction.

Since the 1980s, she has worked for BBC television and radio, Sky TV, all the U.K. terrestrial television networks, CNN, and U.S. public radio. As a professional moderator Femi has presided over world class events including European Development Days, NBA Africa Celebratory Luncheon for the U.S. National Basketball Association, and the historic inaugural Barbershop Conference at the United Nations Headquarters.