The Global Burden of Disease (GBD) Vision Loss Expert Group has produced detailed global estimates on the magnitude, prevalence and causes of blindness and vision impairment. By creating and analysing a database of available data from 1980 to 2012 (the “Global Vision Database”), the group employed a sophisticated methodology that has produced detailed estimates for the years 1990 and 2010.

IAPB believes that the GBD dataset presents a wealth of new information and key insights into prevalence (both blindness and vision impairment) for the membership, especially for use in our advocacy and communications messaging. It allows us to talk about changes in the numbers, over time.

The Age-standardised Prevalence rates of Blindness for all ages, over time for the World and for the regions 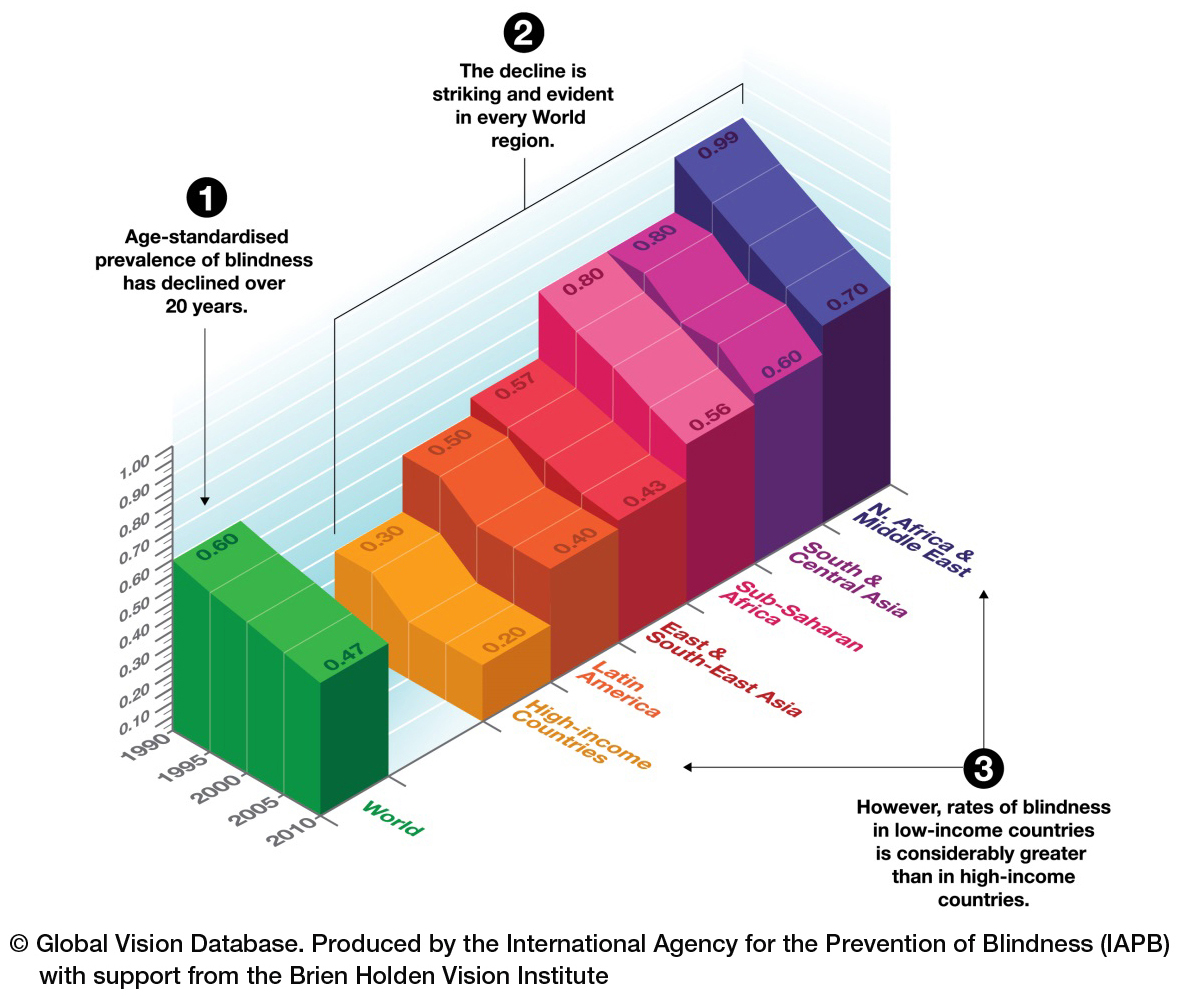 >The absolute number of blind people in the world has not changed over the 20 year period; indeed it has remained constant. However, the (age-standardised) prevalence rate has declined.

One would have expected the number of blind people to increase too – but that has not happened.  Crucial here is the population over 50 years old, who traditionally account significantly for blindness statistics (think cataract). In those 20 years, while the overall population increased, those with blindness and vision impairment decreased.

Fig 2: The change in age-standardised prevalence rates of blindness for population aged 50 years and older over time for the world and for regions 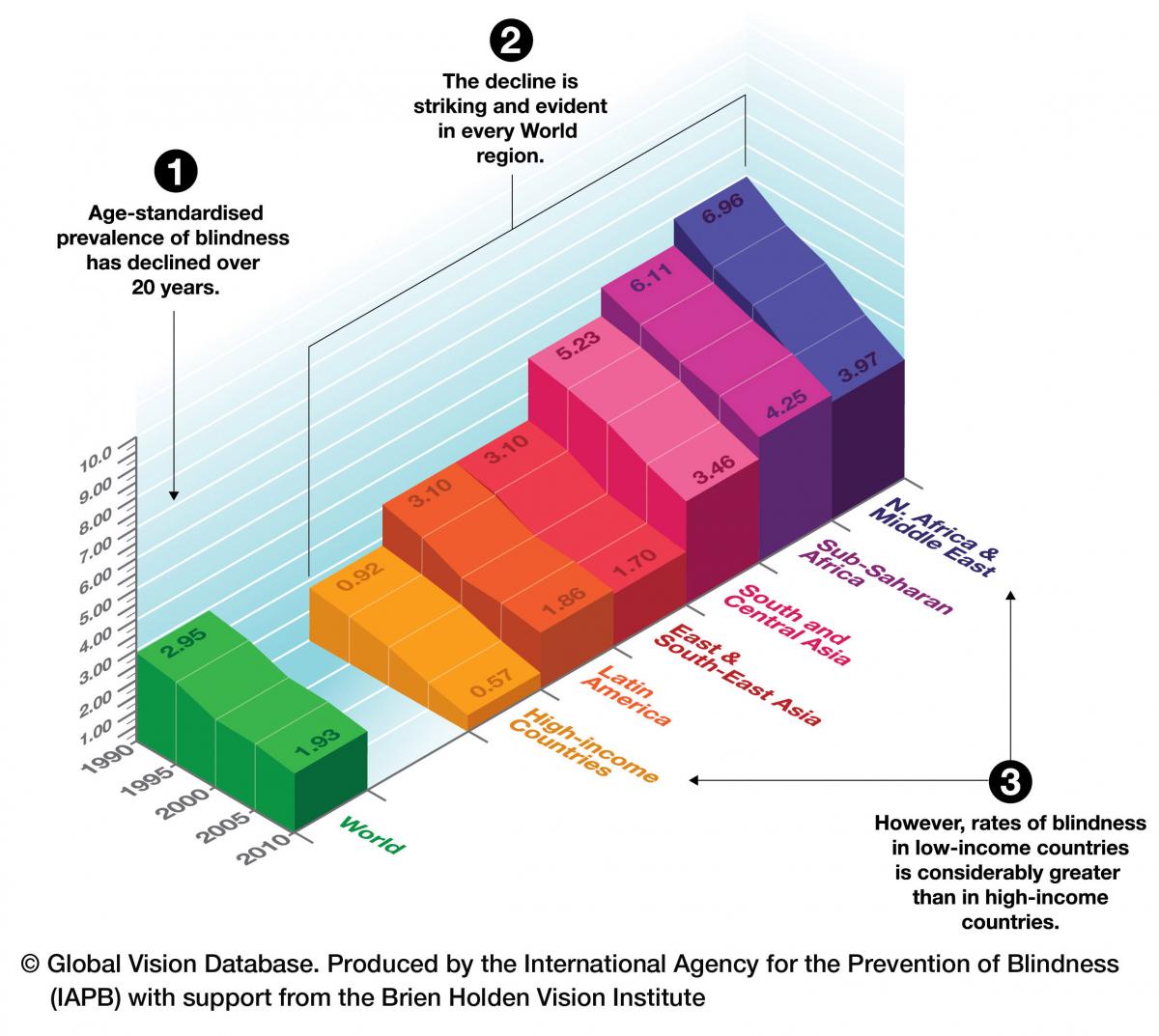 As you can see from the graph above, the decline in blindness for those 50 years and above is unequivocal in every world region – both high and low income.

The decline in these prevalence rates, both globally and in each region, over the past 20 years is striking and happens everywhere – powerful evidence that the fight to eliminate avoidable blindness and vision impairment is being won.
Challenges remain. The gap between high and low income countries is unacceptable and bringing the numbers further down will need concerted effort. Changing lifestyles and other age-related issues present new challenges.  For example, more than 75% of people who have diabetes for more than 20 years will have some form of Diabetic Retinopathy. We will need to build on our strengths and find new techniques, strategies and partnerships to sustain this declining trend over the coming decades.

The data for this paper is taken from papers produced by the GBD Vision Loss Expert Group (website: www.globalvisiondata.org ) and subsequent personal communication between the authors of this briefing paper, Professor Rupert Bourne and Peter Ackland with inputs from Dr. Gretchen Stevens.

This data visualisation project has been made possible with support from the Brien Holden Vision Institute.