Changes are afoot within the Standard Chartered Seeing is Believing team. 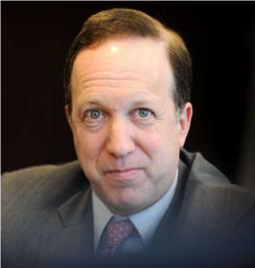 We welcome David Fein as the new Chairman of Seeing is Believing. David was appointed Group General Counsel for Standard Chartered in September 2013 and is a key advisor to the Board and the Court of the Bank on all material legal matters.

Before joining the Bank, David was United States Attorney for the District of Connecticut, appointed by President Obama and confirmed by the United States Senate. He was appointed Vice Chair of the Attorney General’s Advisory Committee’s White-Collar Crime Sub-committee in 2012 and he served as a member of the AGAC Terrorism/National Security, Civil Rights and Violent and Organised Crime Sub-committees and the Child Exploitation Working Group.

Married with two children, David serves on the boards of Guiding Eyes for the Blind and Derek Jeter’s Turn 2 Foundation.

We also welcome Shaza Rais to the team as the new Seeing is Believing Programme Manager within Standard Chartered. Shaza started her Standard Chartered career in Pakistan before moving to the Dubai office. She has also spent some time with the bank in Zambia. During her time with Standard Chartered, she has served with the Corporate Affairs, Brand, and most recently with Sustainability and Community Engagement. She is already a great supporter of Seeing is Believing and we welcome her enthusiasm and professionalism. Shaza will work closely with Sally, Susan and the IAPB team.