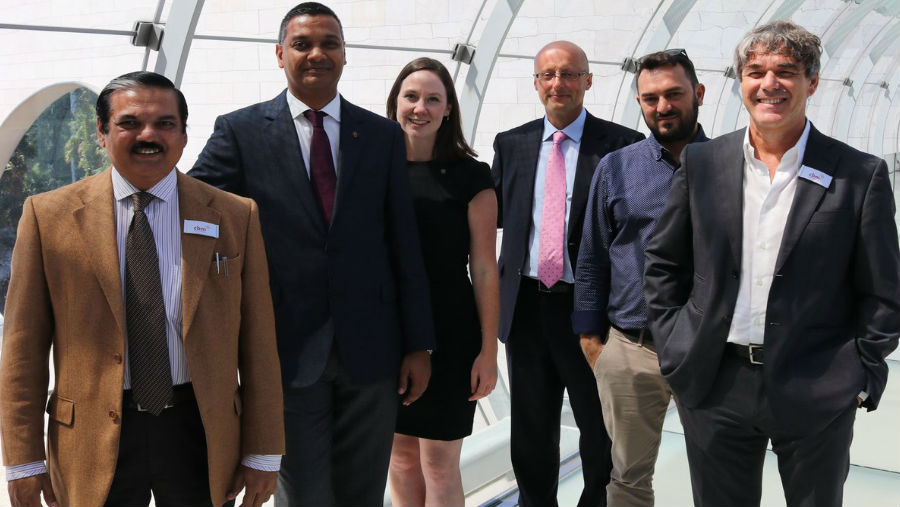 The 2017 António Champalimaud Vision Award has been jointly given to Sightsavers and CBM, two organisations with long and distinguished histories of supporting blindness prevention, alleviation and rehabilitation programmes in developing countries like Nepal, Mozambique, Uganda Ethiopia and Bangladesh.

The €1,000,000 António Champalimaud Vision Award is directed to groups actively involved in fighting blindness and visual impairment in the field, and is based on the candidate’s accomplishments.

There are 39 million blind people in the world and 80% of all blindness can be prevented or cured.

Sightsavers and CBM have spent decades fighting blindness in dozens of countries across the globe. Both are recognised as pioneers in the field and were the creators of a model to combat vision disorders based around 3 pillars: prevention, cure and support. The awarded organisations have exported this model to many of the forgotten communities worldwide, and they have worked with local groups to create effective and sustainable vision programmes.

In addition to their frontline activities in blindness prevention and cure, both Sightsavers and CBM actively seek to empower individuals permanently disabled by blindness to play an active role in society. In many countries people suffering from vision disorders and other disabilities are stigmatised and excluded from society. This can be devastating for individuals, families and communities. CBM and Sightsavers work to change societal attitudes and promote educational and employment opportunities for those living with blindness and severe visual impairment. Their work has allowed many people with severe disabilities to live productive, independent lives that enable them to contribute to society on an equal and dignified basis.

Sightsavers is a registered UK charity (Registered charity numbers 207544 and SC038110) that works in more than 30 developing countries to prevent blindness, restore sight and advocate for social inclusion and equal rights for people with disabilities. In the six decades since it was founded, Sightsavers has supported over 873 million treatments for neglected tropical diseases (of which 480,239,508 are for the potentially blinding diseases trachoma and river blindness). More than 9.39 million sight-restoring operations have been undertaken; 522,000 primary eye care workers have been trained; 210,889 blind or visually-impaired people have accessed training programmes; and 46,573 blind or visually-impaired children have been supported in obtaining education.

CBM is a Christian international development organisation, committed to improving the quality of life of people with disabilities in the poorest communities of the world. With over 100 years of professional expertise, CBM addresses poverty both as a cause and as a consequence of disability, and works in partnership with local and national civil society organisations to create an inclusive society for all. In 2016, CBM reached over 28 million people living with or at risk of disabilities in 59 countries.