For Africa Day, Irmi Neuherz, Programme Coordinator for Mozambique, Light for the World writes about their work in Mozambique and the difference project officer Nunes Sampaio brought to their work there. 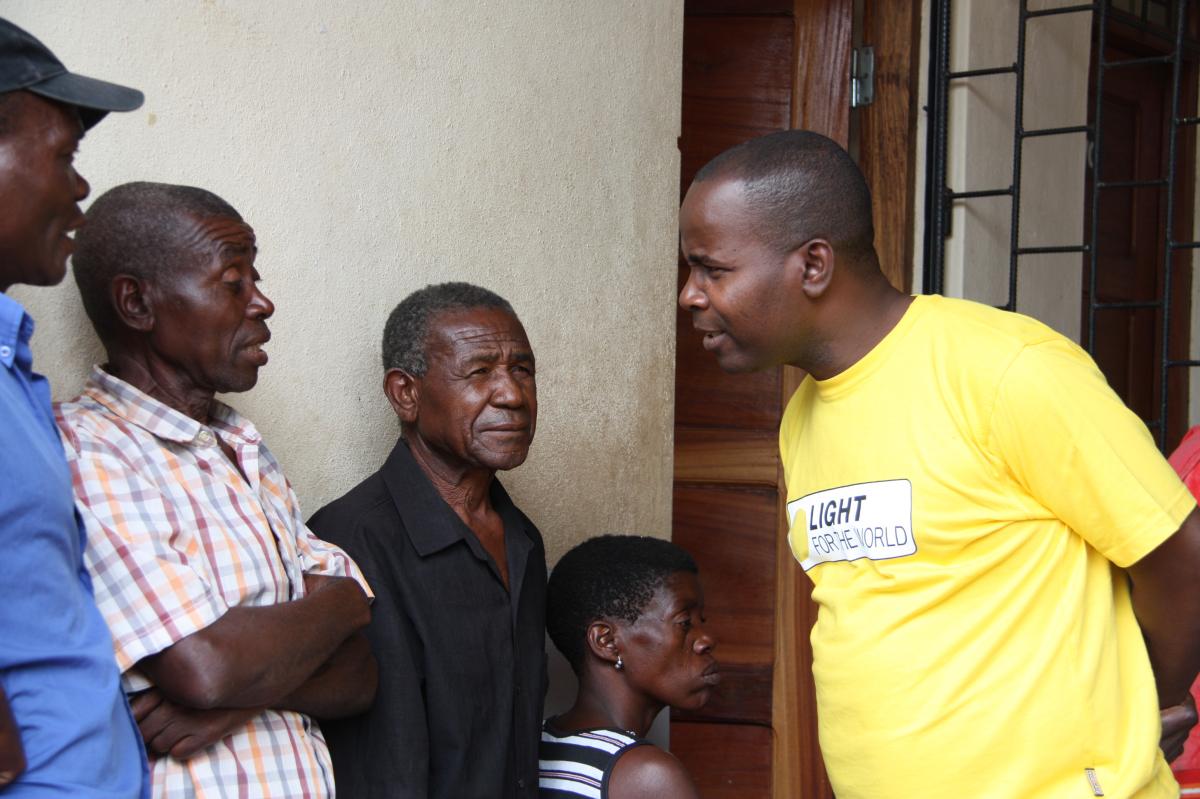 Africa Day is important for Light for the World; indeed, more than three quarters of our global programme work takes place in Africa. We would like to mark this occasion by celebrating all our African colleagues who make a real difference to bring eye health to the people who need it most.

I had been with Light for the World for just over a year when we hired a local eye care project officer for our office in Beira, Central Mozambique. Our approach to eye care in Mozambique until then had been similar to that of most organisations in the region: supporting secondary eye units and help reach out to the rural population, improving the quality of work, as well as fostering sustainability by making the eye units more independent from the general hospital management. Then came Sampaio.

I remember meeting our new eye care project officer Nunes Sampaio, a young man in spirit in his fifties, during a workshop in Vienna. On a weekend trip to the country side, Mr Sampaio was relatively impressed by the Austrian landscapes, but he was actually much more interested to hear about our eye care work. On what our approaches were in the past, the reasons why we worked the way we did.

I can still see him in my mind’s eye – on the train back to Vienna, passing corn fields and small villages – arguing very passionately that we will never achieve sustainable eye care services unless we succeed in integrating the programme into the Government Provincial and National Health Directorates. He advocated strongly to immediately begin discussions with the Ministry on the programme’s structure within the government system. “How come, he said, I had never heard about the eye care programme during my years working as provincial coordinator for the HIV/AIDS programme? This should not be an NGO programme, this is the Ministry of Health’s responsibility and we need to make sure that this becomes crystal clear.” This conversation marked me; I was deeply impressed by Sampaio’s passion and insight. That was back in 2011.

Today, six years later, as leaders in eye health around the globe including government representatives from Mozambique gather to discuss the way forward towards Universal Eye Health and the progress in implementing the WHO Global Action Plan, the Government of Mozambique has success stories to share, and can be an example for others.

Indeed, the National Eye Care Programme now has an office within the Ministry and there are National and Provincial Eye Care Coordinators. The eye care data is fully integrated into the Ministry’s health information system and is used to monitor progress towards an approved National VISION 2020 Plan. The Minister of Health recently signed the IAPB’s -“Commitment to promote Universal Eye Health and eliminate blinding Neglected Tropical Diseases (NTDs)”; and the 2016 Human Resources for Health Development Plan, for the first time in Mozambican history outlines the Human Resource needs for eye care. Maybe most importantly, the number of consultations in the country more than doubled from 167,608 in 2011 to 375,559 in 2016. This was achieved – not primarily through outreach work (which remains important) – but by decentralizing permanent primary eye care posts within the government health centres in rural areas.

Naturally, Sampaio and Light For The World are not the only ones who contributed to this important series of successes! But we do believe that it is people like Sampaio, who understand the systems within their country, who are passionate about universal health coverage and who work from “within” the country, that really make a difference in eye care work in Africa. It has been an honour being a part of this development in the past seven years.

Photo courtesy : Light for the World