For Africa Day, Adam Elkhair, Programme Officer for Sightsavers in Sudan writes about their efforts to tackle trachoma. 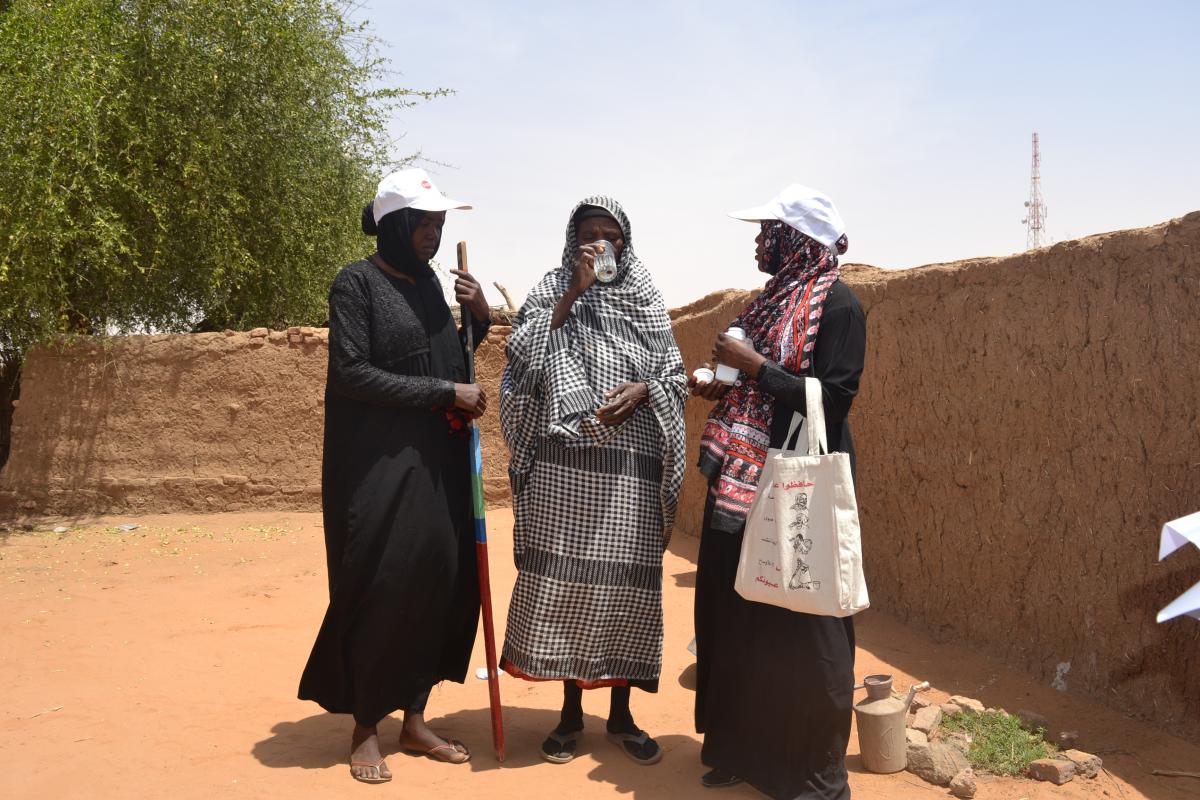 I remember Darfur as being one of the most beautiful areas of Sudan. The Mara Mountain was a well-known tourist destination, with the people being warm and welcoming.

But the situation there changed quite quickly, almost overnight. The fighting began when the Sudan Liberation Movement and the Justice and Equality Movement rebel groups took up arms against the Government of Sudan. Since that time, thousands of people have been forced to abandon their farms, homes, livestock and property. Livelihoods have been lost and the way of life, which had existed for generations, disrupted.

As displaced people moved across the country or made their way to the camps set up by humanitarian organisations, delivering any assistance to affected communities such as humanitarian aid, basic social welfare services and healthcare became increasingly challenging.

After years of not receiving adequate healthcare, many people were affected with trachoma. As a programme officer for Sightsavers Sudan, we suspected the numbers to be high and the area to be endemic. But in order to tackle the problem we needed to know where those affected people lived.

Three years ago, as part of the UK Government’s Department for International Development Global Trachoma Mapping project, funding was provided to the Sightsavers country office in Sudan to map trachoma in the five states that make up Darfur.

Being able to map trachoma meant that last year, when the security situation began to improve, we could step in. Sightsavers and the Ministry of Health, with funding from The END Fund, rolled out the region’s first mass drug administration campaign to treat blinding trachoma in Central, West and North Darfur states – a region as big as France.

The first phase was finding community drug distribution volunteers to distribute the drugs. Recruiting people was not very difficult. After years of not having proper healthcare, people were keen to receive training and be part of a team of 3,366 volunteers helping to eliminate this neglected tropical disease in their communities.

In less than a year, more than 1.3 million people have already been given Zithromax ® to treat and prevent trachoma. By the end of May we expect this number to rise to almost 2 million people.

Asha Ahmed lives in the Abu Zereiga village in Dar El Salam locality in the region of north Darfur with her husband and two daughters Samira and Rawda.

The family were given Zithromax ® to prevent trachoma although they don’t currently have trachoma. Asha shared the story of her neighbour Hawa for whom help from the volunteer drug distributor had come too late. “My neighbour Hawa has a daughter who is only 9 years old, Nora. She got an eye infection followed by changes in her eyes. People told her this is conjunctivitis. Hawa started traditional medicine to treat Nora.”

“Later Nora started gradually losing her sight. Her mother thought that she would be fine if she continued using traditional medicines. But Nora’s suffering never ended and her sight deteriorated. Sadly Nora lost her vision totally. After a long period, Nora was referred to the hospital where she was told that she had trachoma.”

Asha continued “Nora’s case was enough of a lesson for us. I realised that we must protect ourselves from trachoma. So this is why I and my daughters are very keen to take the medicines and encourage all our neighbours to do so. We have learnt about the importance of face cleaning and environmental sanitation and other useful hygiene tips from these sessions.”

This programme is a success story. Not just because of the huge number of drugs administrated for the first time ever – alongside the large number of volunteers and health workers trained. It is also because many mothers like Asha are now aware of the causes of trachoma, how to prevent it and how to seek treatment for themselves and their children. This is helping Sudan move closer to its trachoma elimination target.

As a Sudanese who remembers the region as one of beauty and friendship, I am proud to be involved in a programme that is now providing a healthcare service to save the sight of millions of poor and marginalised people in the region.