Cataract and mental health: Impact of cataract surgery on the psychosocial challenges faced by people affected by the condition in India

Elizabeth Kurian and Pankaj Vishwakarma from Mission for Vision write about the psychological impact of cataract surgery analysed using their system PRISM. 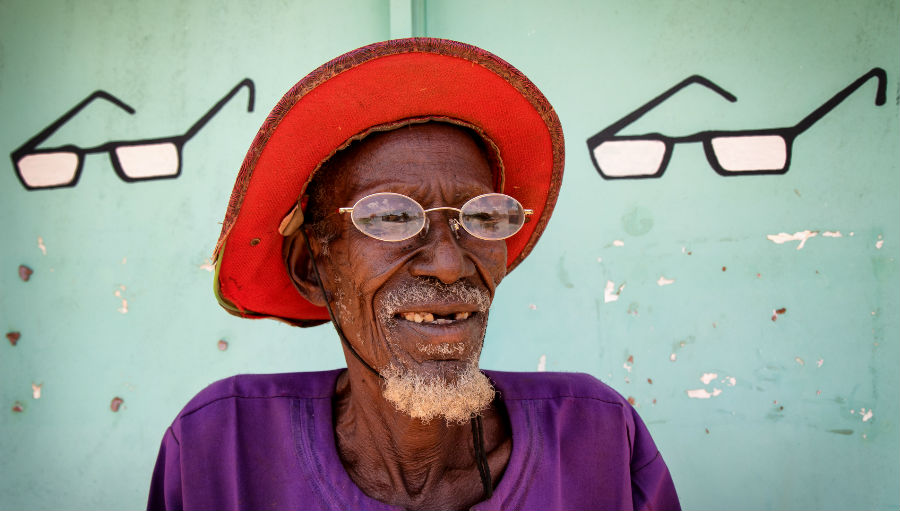 The association between poor vision and mental health can have negative psychosocial consequences that affect everyday life. A loss of vision substantially impairs day-to-day routines and leisure time.  It may also lead to deterioration of mental health which renders individuals unable to work or pursue activities that were previously of interest[1]. People with vision loss are particularly vulnerable to experiencing depression, affecting around 1 in 3 adults with vision loss[2], which is a leading cause of ill health and disability worldwide.

Psychosocial challenges form a key component within Mission for Vision’s (MFV) impact measurement system, PRISM, which studies the impact of cataract surgery on the quality of life of persons from financially challenged communities. Using PRISM, we captured and analysed the psychosocial challenges faced by persons with cataract in the MFV programme areas.

The study looked at 1,012 persons operated for cataract during 2016-17 at seventeen leading, not-for-profit eye centres spread across thirteen states in India. We used a structured questionnaire that was administered twice – a couple of days before cataract surgery and again after six months.

Background of subjects covered by the study

The ratio of men to women was largely equal, with 529 women among the 1,012 subjects. 92% were over age 50, amongst which the majority were between 50 and 64 years of age. 60% were illiterate, while the rest had had some level of schooling. Almost three-fifths of the subjects were married, most of the rest were widowed.

70% had poor visual acuity (<6/60) before surgery, and, encouragingly, the vast majority (92%) recorded vision in the good category (6/6 – 6/18) with best correction, six-months after the cataract surgery.

The results of the study indicate the positive impact of good quality cataract surgery on various psychosocial dimensions. While over 80% reported concerns with all the six parameters before their surgery – in mild, moderate or severe degrees – a similar number (80.2%) stated no concern whatsoever with the same parameters six months after the surgery (see the table below).  The parameters the subjects were most concerned with before the surgery were “worry over losing remaining eyesight” and “falling and injuring themselves”, with almost three quarters of them reporting these concerns. Losing remaining eye sight remained the main concern for 20% even after cataract surgery.

Table: Impact of cataract surgery on psychosocial aspects of life

The findings of this study clearly demonstrate the benefit of cataract surgery on psychosocial parameters, which in turn, impacts positively on the mental health of visually impaired people. Vision loss due to cataract is largely among an elderly population. Therefore timely treatment will have secondary benefits for a group facing other challenges due to the ageing process.

Blindness is a public health issue in India and many other countries. So, the benefits of addressing it appropriately has enormous economic and mental health implications for all. It is important that organisations working with ageing, disability and public health include these learnings. Mental health policies of countries, national and international bodies must also acknowledge such impact.

[2] No eye health without mental health: The future of person-centred eye care