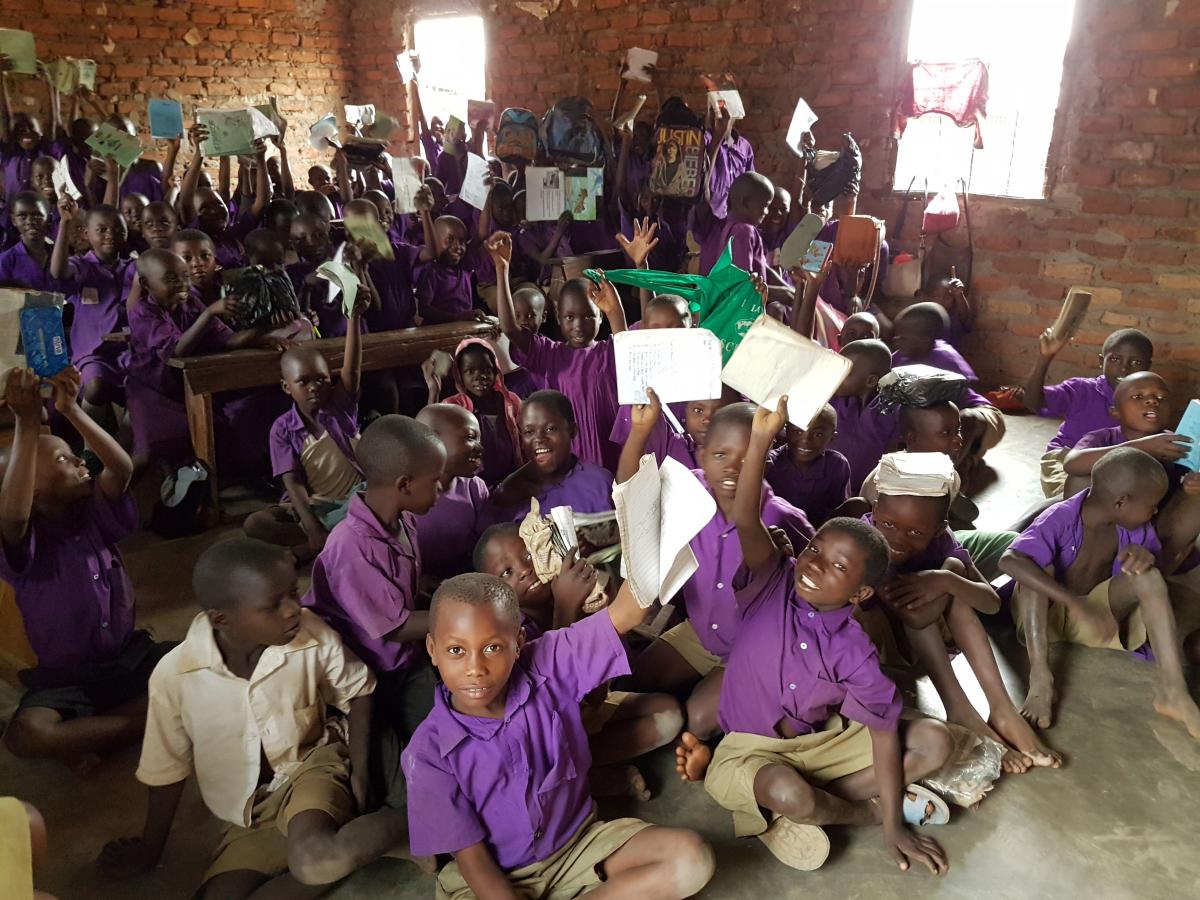 Today as we mark Africa Day 2017, we look at the efforts Brien Holden Vision Institute has made to address the challenges of eye health in East Africa. Our work has involved fighting avoidable blindness by addressing uncorrected refractive error (the need for spectacles) and increasing, empowering and supporting eye care workers.

We have worked in five countries over the last 10 years; Eritrea, Ethiopia, Kenya, Tanzania and Uganda, working closely with the Ministries of Health and Education at all levels. This has involved using existing government structures and staff thereby ensuring local ownership and moving towards sustainability.

When the Institute established its sub-regional office in East Africa, the main challenge we faced was lack of trained workforce and infrastructure and hence limited refractive error and low vision services. We knew there were very few optometrists in the majority of these countries. Only Tanzania had an institution that was offering a Diploma in Optometry. So the primary strategy was to develop a workforce to provide refractive error services based on a country’s eye health needs.

Together with the Ministry of Health and Light for the World, we established the National Intervention on Uncorrected Refractive Errors (NIURE) in Uganda and developed medium and long-term strategies to span the multi-level need. As a medium term measure we trained 74 ophthalmic clinical officers (OCOs) based in government health facilities from 45 districts in basic refraction over eight years.

In addition spectacle technicians were trained, who are now based at the National Optical Workshop, established with support from Light for the World. These eye care professionals have screened over 1.5 million people, refracted over 70,000 people and dispensed over 25,000 spectacles since 2008. Spectacle technicians were also trained for three new vision centres we established in secondary eye care units supported by Orbis Africa in Ethiopia.

Tanzania was unique. They had optometrists in the public sector, but no access to adequate equipment. We collaborated with the Tanzania Optometric Association and the Ministry of Health to establish 12 vision centres in district and regional government hospitals in mainland Tanzania, and two in Zanzibar.

As part of our long term strategy to increase the optometric workforce across East Africa we collaborated with several institutions and developed locally supported optometry schools across the region. These schools are located in Asmara University in Eritrea, Masinde Muliro University of Science and Technology (MMUST) in Kenya and Makerere University in Uganda.

Eritrea and Kenya have already graduated their first generation of optometrists. Makerere’s first intake will graduate in 2018. MMUST has already expanded the courses available in the department and now offer a certificate in paediatric refraction and low vision. They also have progressed to supporting their first intake of Master’s students.

Eritrean optometrists are being posted in the public sector. Kenya and Uganda are in advanced stages of discussions to recognise the profession and create posts in the public sector. MMUST has already rehired some of their graduates as lecturers. This initiative is key as we tackle the alarming projections of myopia, which indicate half the world’s population (estimated to be five billion) could be short-sighted by 2050.

The Institute’s Academy, with support from partners, conducted a faculty development programme to support faculty in these young programmes as well as those in established schools supported by other stakeholders. These included Gondar and Hawasa universities in Ethiopia, and Kilimanjaro Christian Medical College, a constituent college of Tumaini University in Tanzania.

Child eye health is another key development focus fostered actively by us and in East Africa this has been an area of much collaborative attention. We initially implemented a school eye health programme in Tanzania in the districts of Bagamoyo and Kibaha, which work provided us with a lot of learning, used to guide subsequent projects.

We then led a four-year consortium programme funded by Standard Chartered Bank, under the Seeing is Believing (SiB) initiative, which was implemented in Kenya, Tanzania and Uganda.

Over 4.5 million children were screened over the project duration. In addition to health worker and school teachers becoming skilled in screening, over 1,000 “Vision Champions”–children trained in peer-to-peer education and sensitisation–were trained. As a result of this, the new school health policy in Tanzania includes child eye health and a role for Vision Champions in school health clubs. We also advocated for integration of school screening for eye health in the school health policy in Uganda.

Following our overarching strategy of underpinning all active programmes with research, we have conducted two Rapid Assessments of Refractive Errors (RARE) surveys in Bariadi district in Tanzania and Kamuli district in Uganda, and are currently conducting two school eye health research programmes in Zanzibar.

We are now actively working on ‘Our Children’s Vision’ campaign in Tanzania and Uganda to further build on the achievements we made with the child eye health programme. We hope to engage more partners to achieve our goal of vision for every child, everywhere.