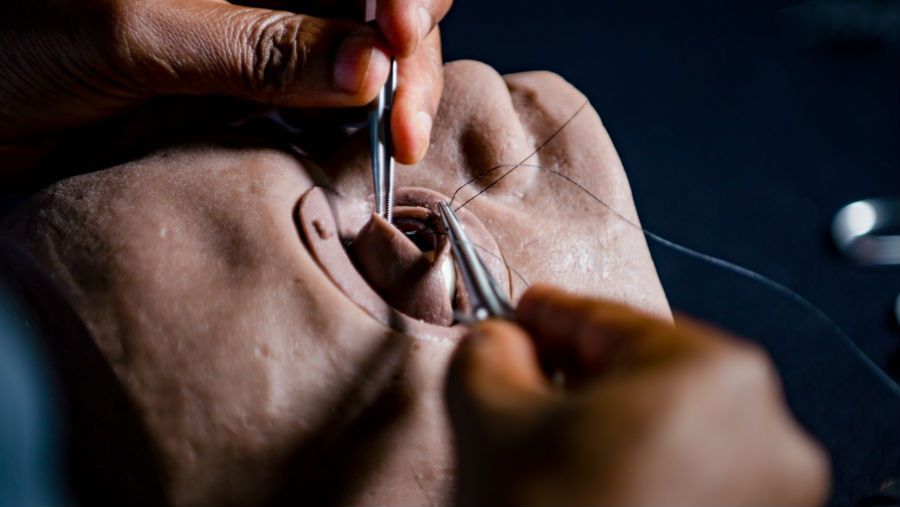 The London School of Hygiene & Tropical Medicine is to lead a major new research project that aims to accelerate the elimination of trachoma.

Stronger-SAFE is a £3.9m Wellcome Trust funded project that will increase the understanding of how trachoma is transmitted, and hopefully lead to the development and testing of new, more effective interventions and treatment approaches. The five year study will take place in Ethiopia where the disease is highly endemic, and be conducted with partners the Ethiopian Ministry of Health, the Oromia Regional Health Bureau The Fred Hollows Foundation, the Wellcome Trust Sanger Institute and Monash University in Australia.

Trachoma is responsible for 3% of the world’s blindness, with more than 80% of the burden of active trachoma concentrated in 14 Sub-Saharan African countries. Ethiopia is the most severely affected country.

However, data from hyperendemic regions, areas where trachoma rates are continually high such as Ethiopia, suggest that current approaches do not consistently have the anticipated impact on infection and disease. Antibiotic schedules are not achieving reliable long-term control after treatment is finished and the ‘F&E’ components, such as improving water access, sanitation and hygiene (WASH) and fly-control, are not clearly defined and inconsistently implemented. Detailed studies investigating potential transmission routes and their relative importance have never been conducted, a gap that Stronger-SAFE aims to address.

Matthew Burton, Professor of International Eye Health at the London School of Hygiene & Tropical Medicine, is the project’s Principal Investigator. He said: “Trachoma is a terrible disease. Of the 190 million people who live in areas where it’s endemic, around two million are visually impaired, of whom 500,000 are blind. Although there has been a concerted international effort to tackle the disease, with success in many regions, elimination in highly endemic regions by 2020 is less certain, with recent research suggesting that current methods to control trachoma in these regions aren’t as effective as previously thought.”

Stronger-SAFE involves three phases. The first will focus on understanding how trachoma is transmitted in households and communities. Observational studies will document hygiene practice, sleeping arrangements and human behaviour that could promote transmission, as well as evaluating the contribution of fly to eye contact. Working closely with affected communities, Phase 2 aims to develop new approaches to stop the spread of disease, informed by the results from Phase 1.

Phase 3 is a cluster randomised controlled trial. It will test whether a combination of a double-dose of antibiotics and the newly developed facial cleanliness and environmental improvement intervention package from Phase 2, will be more effective than current interventions in the elimination of trachoma.

Professor Burton said: “Trachoma is a disease of poverty that mainly affects people who live in hot, dry areas where there is poor availability of water and sanitation. New, comprehensive and robust research is urgently needed to support the development of more effective evidence-based strategies if we are to defeat it. Thanks to Wellcome, and working closely with project partners, Stronger-SAFE could provide answers to improve the quality of life for people who live in some of the poorest parts of the world.”

Stronger-SAFE will be conducted in Oromia, Ethiopia. Biruck Kebede, Acting Director, Disease Prevention and Control, Federal Ministry of Health, Ethiopia, said: “Trachoma is a catastrophic and costly disease for Ethiopia. With more than 70% of districts in Ethiopia currently requiring mass drug administration, more than 73 million people are affected by trachoma – almost 80% of the Ethiopian population.

“The Ethiopian government is committed to eliminating trachoma. Though we are seeing rewarding results we now stand at a point where we need to gather evidence for intensifying our interventions if we are to meet our GET2020 commitments and targets. We believe that Stronger SAFE will provide this much needed evidence that will enable Ethiopia to eliminate trachoma.”

Anthony Solomon, Medical Officer in the World Health Organization’s Department of Control of Neglected Tropical Diseases, added: “Political commitment for trachoma elimination has never been stronger. The work that will be completed by the Stronger-SAFE partners will hopefully provide long-overdue answers to questions that are critically important for optimizing the strategies used by programmes for combatting this disease. These are landmark studies which will help accelerate the end of one of the world’s most unfair diseases.”