The StrongerTogether photo competition we ran in partnership with Bayer attracted a lot of quality submissions from around the world; each with a story to tell. We will be sharing some of these stories on our blog over the coming weeks. The second in the series focuses on four children living with cataract in Tanzania.

The picture and inputs have been provided by Julia Gunther (thank you Julia!), on assignment with Sightsavers. Details have been taken from her blogposts for HuffingtonPost. 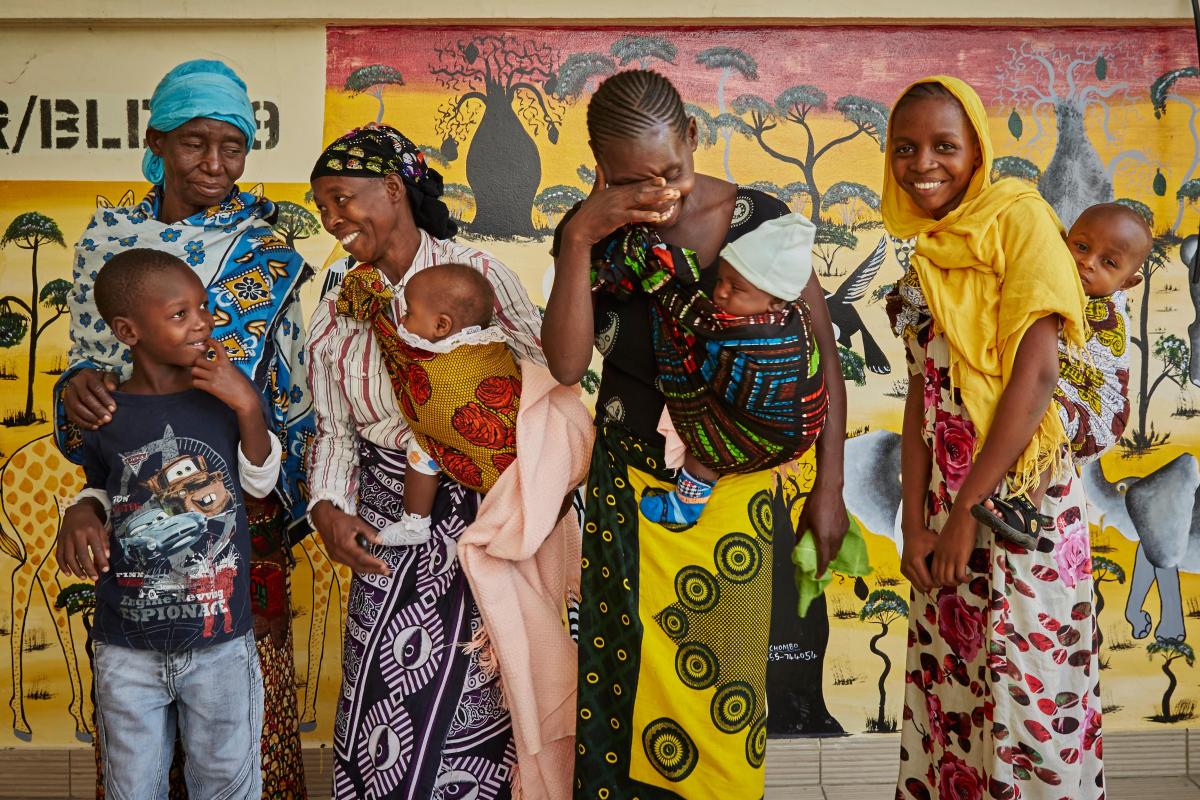 Six-year- old Haji and his siblings live with their grandmother. His parents are separated and to get an education he lives away from his mother. Eighteen-month old Magdalena’s (Magda) family includes her mother and two siblings. Her father abandoned them even before she was born. Three month old Paolo lives in the mountains with his family. What these three children plus two- year -old Baraka have in common, are that they have Cataract.

Paolo (in his right eye) and Magda (in both her eyes) have congenital cataracts. Baraka too has cataract in both his eyes. For Haji, cataract formation happened due to a traumatic eye injury.

The families of the four are economically disadvantaged, which is the main impediment in accessing health-care. Paulo’s family are subsistence farmers. Haji’s father and grandmother also farm and sell their produce. Magda’s mother doesn’t have a job as her time is spent caring for her; she eats what she grows. Baraka’s father supports the family by working as a security guard.

The cost of travelling to the nearest hospital is often prohibitive and even if they make it, the hospitals lack eye care services. There are only three hospitals in the country that perform cataract surgeries for children and two of them are in the capital Dar es Salaam. For these families, outreach services from organisations like Sightsavers is the only option.

Cataract surgery is relatively simple and cheap, and can take as long as 15 minutes. Yet its impact can be tremendous. In the case of Haji, he transformed from a timid boy to one who aspires to be a doctor or a photographer. It also offers hope. For Magda, her surgery means her mother can now go out to earn a living (entrusting her to the neighbours). Most importantly, it gives back their childhood to these kids.

According to WHO, there are nearly 18 million people who are bilaterally blind from cataract in the world. Cataract is the leading cause of blindness in Tanzania and unoperated cataract is responsible for almost 50% of all cases of blindness. In children, it was estimated that 45% of blind children were blind from avoidable causes (WHO, 1997).

Julia Gunther is a Berlin born photographer who specialises in documentary projects. Her photography series are often made up of a combination of portraits and investigative images. Julia spent time interacting with the kids and their families until their surgeries in the capital in Dar es Salaam in June 2016.

Liked it? Please see the first post in the series