During Liverpool FC’s match against Manchester United on 17th October, we swapped our Standard Chartered logo on LFC’s shirts for ‘Seeing is Believing’ (SiB), in an effort to raise money and awareness for avoidable blindness. 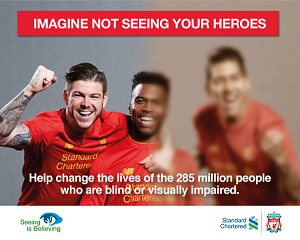 The campaign was supported by current and former LFC players, but the highlight of the two week online and print media campaign was a promotional video featuring LFC Manager Jurgen Klopp – a renowned glasses wearer – discussing how it wouldn’t be able to do his job without access to good eye care.

Fans dig deep for a worthy cause

Following the campaign, the special edition SiB shirts were signed by the players and auctioned globally, alongside Captain Jordan Henderson’s boots and armband, and a replica pair of Jurgen Klopp’s glasses. 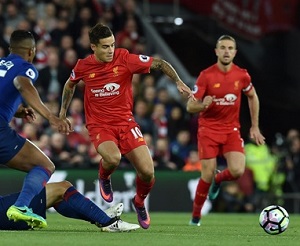 The remaining signed SiB shirts will be auctioned off via in-country client auctions throughout the rest of the 2016/17 season.

How will this money be spent?

If you’d like to make a donation to SiB, please visit seeingisbelieving.org.