The World Health Organization (WHO) estimates that nearly 18 million people are bilaterally blind from cataract in the world, representing almost half of all global cases of blindness. The proportion of blindness due to cataract among all eye diseases ranges from 5% in

developed countries to 50% or more in poor and/or remote regions. One ophthalmologist should be able to undertake as many as 2,000 or more cataract surgeries a year, provided that there are adequate support staff, infrastructure, and patients who are able and willing to access the facilities.

Semi-arid Bellary in South India is home to a largely rural agrarian community with a sizeable tribal population. In 2013, the “Y M Mahabaleshwarappa Memorial Eye Centre”, a secondary level eye care centre began catering to the eye care needs of this underserved region.

Basavanna, a Groundnut farmer, is in the centre’s bright and tidy waiting room nervously waiting for his name to be called out. He was identified for a cataract surgery through a community outreach programme targeting the 39 villages this centre services. 29-year-old Akshay Badakere, the resident ophthalmologist, walks up to him and starts chatting about the summer heat, the year’s crop and the prices in the market. With practiced ease, Basavanna is led into the surgery, and Akshay explains the procedure and the expected outcome.

Akshay and his team manage 5-6 cataract surgeries every day. To ensure a steady stream of patients, Akshay works with a team of community workers who are tasked with identifying and motivating the cataract blind in the region. As cataract is largely a condition that effects the elderly, the centre ensures some form of mass transportation is available to shuttle patients between the centre and their homes. “I always ensure that a wheelchair is available when the patents come in, and encourage its use to those who need it”, Akshay notes. 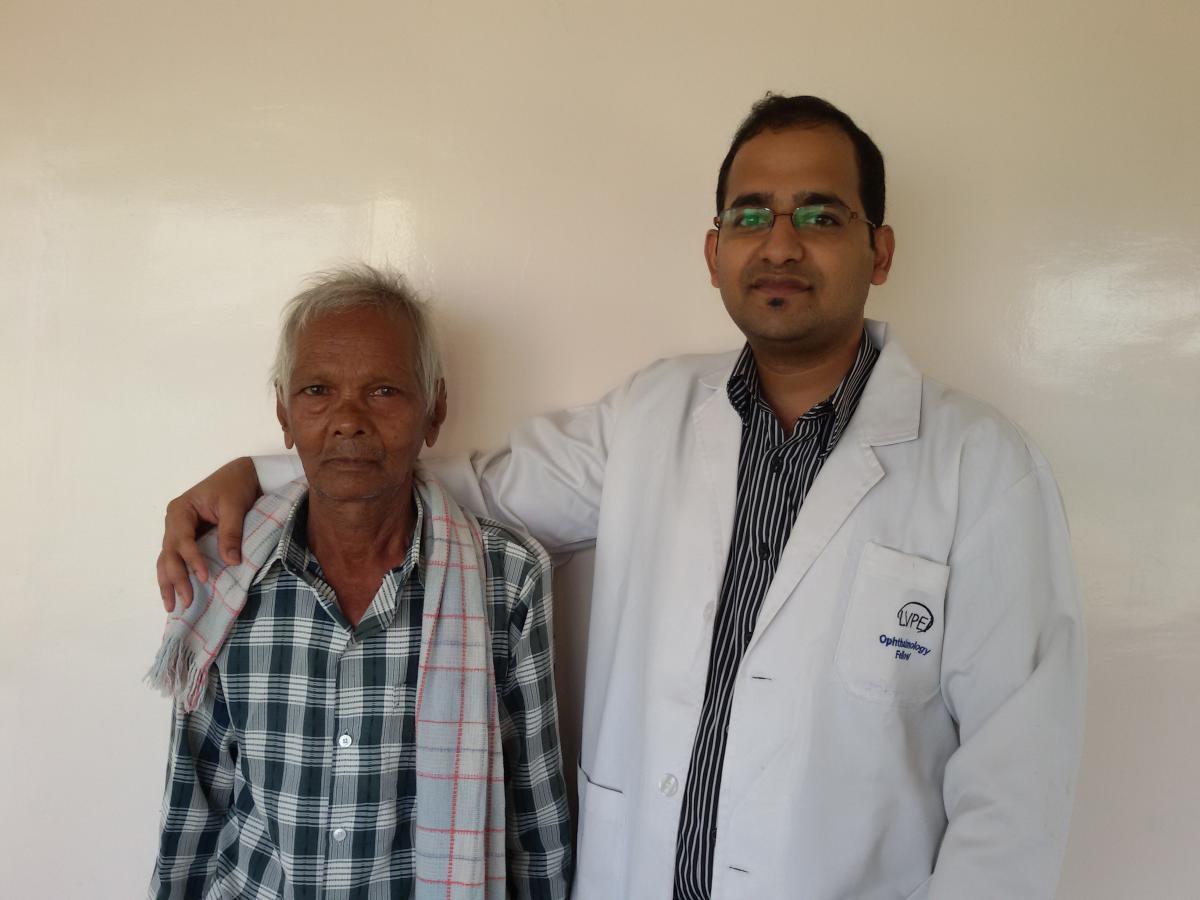 The Secondary centre is part of the L V Prasad Eye Institute network, which provides close to 50% of its services free-of-cost to those in need. While the Centre’s poorest patients can avail this facility, poverty in the region takes many forms. Akshaye is working to include the hospital in the region’s public insurance scheme so that many more poor patients do not have to worry about costs.

Akshay also works informally with the government-run hospital in the region. He refers patients with other health issues like diabetes to them, while they refer patients back to the centre. He also works to ensure that his patients get relevant diagnostic services from the government hospital (where it is provided free-of-cost). “It is difficult and there is a lot of red tape, but I am trying to establish a more formal relationship with the public sector. It is important for my patients”, says Akshay.

Underlying all of the centre’s activity is a strong health information system. Beginning from patients identified in surveys and outreach activities to the final surgical outcomes, everything is recorded. “Our data is gender-disaggregated and complies with every standard’, Akshaye notes with pride.

“In 5 years, we should be able to bring cataract prevalence in the region down to 50%”, he says.