Diabetes mellitus is becoming a global epidemic. In 2011, there were 366 million people (8.3% of the world’s adult population) living with diabetes; by 2030 this will have increased by 54% to 552 million (IDF Atlas Fifth Edition). Diabetes increases the risk of a range of eye diseases, but the main cause of blindness associated with diabetes is diabetic retinopathy (DR). Every person with diabetes is at risk of developing DR. More than 75% of people who have diabetes for more than 20 years will have some form of DR (WHO 2005). While DR is not currently the primary cause of avoidable blindness, it has the capacity to become the leading cause of blindness in the next 20 years and it will affect the poorest people most – already 80% of people with diabetes live in low-middle income countries.

There is an epidemic of diabetes in Chile. Chile’s Nationwide Health Survey (NHS) in 2010 estimated a prevalence of 9.4% – over a million people – doubling the previous estimate of 4.2% from 2003.

Ricardo Schade Yankovic specialises in Diabetic Retinopathy and works with Dr Fernando Barria, an ophthalmologist at the forefront of Chile’s response to the DR challenge. As the medical retina specialist at the Regional Hospital in Concepcion – Chile’s second biggest metropolitan area – Ricardo manages close to 80 cases a week, with more than 80% diagnosed with Diabetic Retinopathy at primary and secondary levels. He also performs nearly 200 fundus screenings a week, with 18% of the patients identified with DR.

Ricardo’s patients are referred to the hospital by a network of primary care health ‘outposts’ that has doctors also screening for Diabetic Retinopathy whenever they note a diabetic in their catchment – a great practice. Other Diabetes specialists like endocrinologists also screen for DR and add to the referral stream. Unlike Cataract, patients with DR tend to be younger, and hence more mobile, so they can rely on public transportation to reach Ricardo’s clinic. Ricardo and his referrers also keep track of the patient flow using a Health Information System. Thanks to a well-planned system, 70% of all estimated referrals come through. 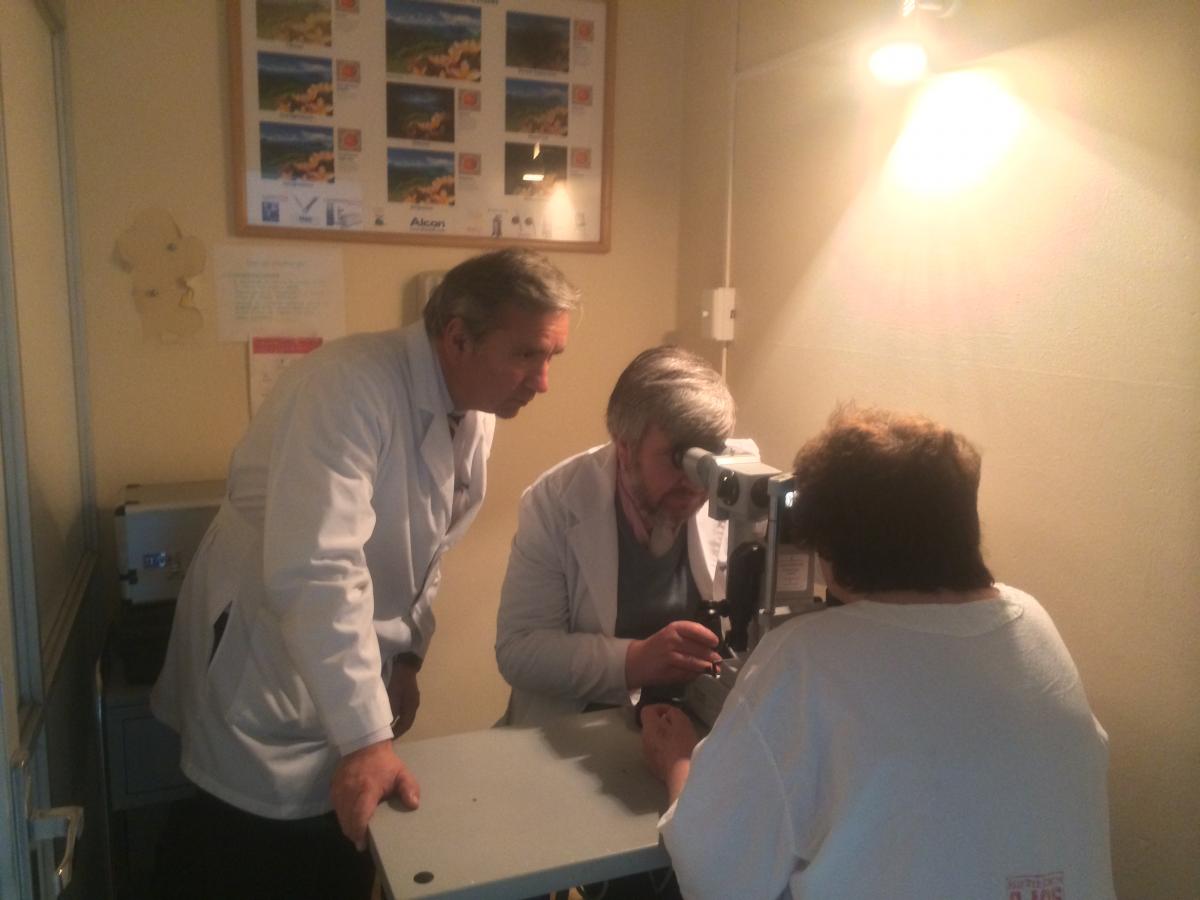 “There is a need for well-trained mid-level personnel at every level of eye care, those with specialised training in DR more so”, they note. Chile calls its mid-level personnel ‘Medical Technologists’, and those specialising in eye care and DR need to be identified and groomed to meet capacity.

Geographic distances, poverty and other related factors can impact identification and uptake of DR services, which are currently available only in urban areas of Chile. “Telemedicine can help us improve screening coverage, especially if there is a risk of blindness”, they say. There is also a lack of awareness about DR, even among doctors across the country. Ricardo and his team have prepared brochures and work on key messages to improve awareness and compliance.