On World Diabetes Day, Gillian Gibbs on how Lions fight Diabetes with a focus on a massive programme being implemented in Kerala, India. 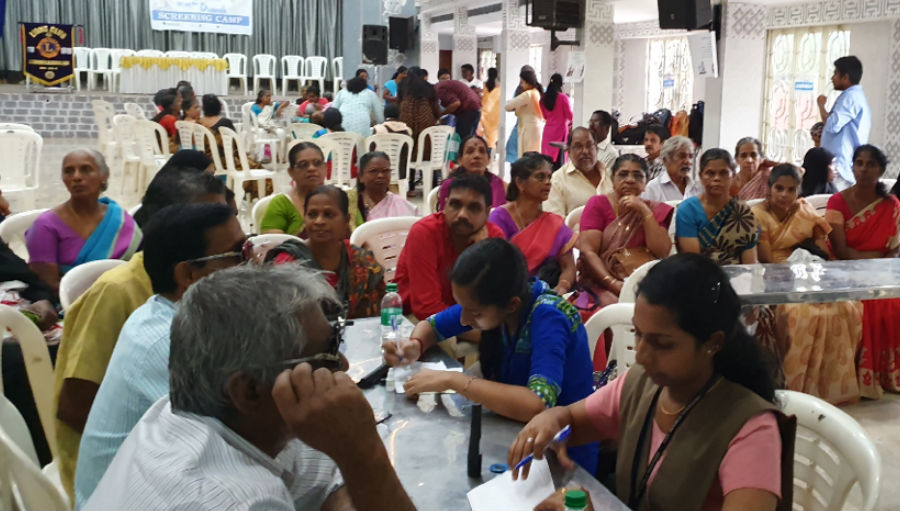 Diabetes is a primary cause for the Lions, one they voted for themselves.  Lions see and feel the effects of diabetes in the communities they serve, and they want to help.  To support them, Lions Clubs International Foundation (LCIF) provides diabetes grant opportunities for large-scale Lions-led projects.  These include organizing diabetes camps, improving infrastructure, building capacity among health care personnel and organizing screening events. Lions have gotten right to work educating communities on the issue. All the while establishing initiatives and programmes to improve the lives of those living with diabetes and helping prevent others from developing type 2 diabetes.

When the Lions of Kerala learned their state was the diabetes capital of India, they acted.  The Lions are partnering with the local Amrita Institute of Medical Sciences and the National Health Mission. With LCIF funding, they are working together to implement an ambitious programme to fight diabetes in their community. The goal is to help people living with diabetes prevent and manage complications, such as diabetic retinopathy.  Under this, community provided health workers (ASHAs) and Lion volunteers are trained to conduct community field screening for diabetes. They then refer those at risk to government primary health centers.  Patients at highest risk are referred to the Lions diabetes camps where a 40-member medical team from Amritha Institute of Medical Sciences conducts patient education and counseling, as well as medical screening and services for complications of diabetes. 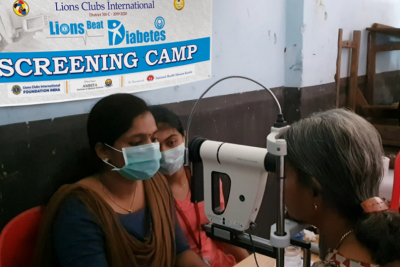 Lion District Governor Rajesh Kolarikkal says, “The response of the people and local government has been phenomenal. People attending the Lions diabetes camps have remarked that the foot scans and non-mydriatic vision screenings have been really useful.”

The project began in September 2019. To date, six Lions diabetes camps have screened hundreds of people living with diabetes for more than five years.  Diabetic retinopathy has been detected in 34% and neuropathy in 47%, revealing the immense magnitude of the problem in Kerala.

This Lions-led project is a model for serving people living with diabetes by preventing complications of diabetes, including blindness.  The project connects the local government primary health system and a tertiary care center to make high quality care available at the doorsteps of people living with diabetes.  Through early detection, counseling, and disease management, the Lions of Kerala are saving sight and preventing amputations in thousands of people.

Standard Chartered funds 20 New Vision Centres across 5 districts of U...