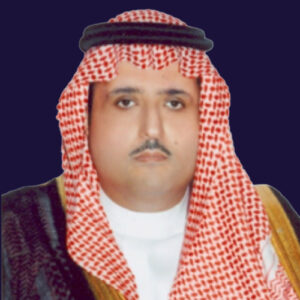 His Royal Highness Prince Abdulaziz was born on June 20, 1963, and is married with two children. He graduated with a double major in Political Science and Business administration from King Saud University, Riyadh, Saudi Arabia in 1986. In addition, He has attended a number of training courses in senior and executive management which have played an important role in his success as a businessman.He is a leading humanitarian activist on the national, regional and international levels. He is the Founder and President of “IMPACT – Eastern Mediterranean Region” a leading Regional Non-Governmental Organization that is active in the field of Prevention of Blindness (PB) and Visual Rehabilitation and in supporting the activities of the Eastern Mediterranean Region of IAPB.  He is Board of Trustees Member in IAPB. He is also the founder and chairman of the Saudi National Prevention of Blindness Committee (NPBC). He is the founder of Abdulaziz Ahmad Abdulaziz Humanitarian Foundation.

In EMR region, his efforts led to the adoption of VISION 2020 initiative by all 22 countries in EMR by September 2004.  These efforts resulted in EMR becoming one of the leading regions in the implementation of VISION 2020 programs and plans, making it a model for other regions.

HRH is the Co-Founder and Chairman of the Board of the Middle East African Council of Ophthalmology (MEACO), the leading supranational ophthalmic organisation that includes all ophthalmic societies in Africa and Middle East including Iran and Turkey.  MEACO is one of four supranational societies officially recognized by the International Council of Ophthalmology (ICO), the global umbrella for ophthalmic societies. Under his leadership, MEACO has organized the World Ophthalmology Congress 2012 (WOC2012) with more than 10,000 attendees. It was the largest ophthalmic congress in the history of Middle East and Africa. The Congress was then organised in the years 2014, 2016, and 2018 and virtually because of the COVID-19 epidemic with 8500 attendees.

HRH’s dedication and personal devotion to the development of the ophthalmic profession and eye care has earned him admiration and appreciation from the regional and international eye care community. HRH was a Member of the Board of Directors of the International Council of Ophthalmology Foundation.  He is also the President of the Saudi Ophthalmological Society (SOS), the largest ophthalmic society in the Gulf Cooperation Council (GCC) Countries. He was the Chairman of the board of the International Federation of Eye Banks, a board member of Disabled Children Association of Saudi Arabia and the Chairman of the Finance Committee for the association.

Furthermore, he received several other awards and recognitions in earlier years:

His Royal Highness is a visionary, strategic thinker, and a committed Saudi entrepreneur, with strong business acumen. He is the Chairman of Atheeb Group and Chief Executive Officer of Atheeb Holding Company and affiliated companies. He is also a member of the Advisory Boards of Investment Funds, and a major partner in a number of leading Saudi Private and Joint Venture businesses and industries.

Moreover, Prince Abdulaziz shows great interest in Arabian horses and the preservation and development of its breeds. Established In 2003, the Athbah Stud for Arabian horses West of Riyadh, are among the elite stables in the world, famous for producing and developing pure Arabian horse breeds. The Athbah stud horses are registered with WAHO (World Arabian Horse Organization) and have achieved many international trophies and prizes in events ranging from beauty contests to flat races.