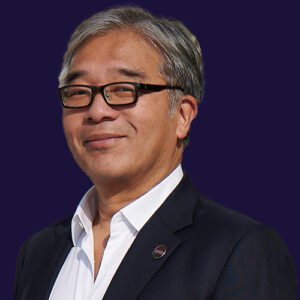 James Chen is a Hong Kong-based philanthropist. He is a key proponent of the concept of ‘Moonshot philanthropy’, the uncompromising belief that philanthropic ventures must carry risk.In order to create real world-shifting change, philanthropists must embrace a risk-taking mindset, build a domain expertise and persevere through inevitable setbacks.

James has used this form of philanthropy to focus on two key areas, early childhood literacy and the world’s largest unmet disability: poor vision. He is the Founder of Clearly, a global campaign aiming to bring universal affordable eye-care to the 2.5 billion people globally with uncorrected poor vision. Following five years of campaigning success, Clearly transitioned to IAPB in January 2021. James took up a role as IAPB Global Ambassador following the success of Clearly. He also authored “Clearly: How a 700 Year Old Invention Can Change the World Forever” (Biteback Publishing, 2017), in which he explains his mission and identifies the barriers to delivering universal access to glasses.

As an innovative blended value investor, James co-founded the variable power lens technology company Adlens and is founder and trustee of Vision for a Nation, an award-winning charity, working to make eye care accessible globally. In just five years, Vision for a Nation established a transformative, sustainable eye-care service in Rwanda that is now accessible to its entire population of 12 million people. It has now moved into Ghana to roll out its programme.

James was an early adopter of venture philanthropy with the Chen Yet-Sen Family Foundation. Alongside his wife, Su Lee, the Foundation founded Bring Me a Book Hong Kong, an NGO promoting family literacy, and the Feng ZiKai Chinese Children’s Picture Book Award. He is the Chairman of his family’s enterprise Wahum Group Holdings, and was awarded an honorary doctorate from the University of Bath to recognise his philanthropic work.