This year, the member states’ delegates, global health experts and the civil society representatives gathered in Palais des Nations in Geneva for the 75th World Health Assembly from 22-28 May.

The World health assembly was themed “Health for Peace, Peace for Health”. In a world threatened by conflict, inequities, the climate crisis and a pandemic, the World Health Assembly focused on the importance of building a healthy and peaceful planet by harnessing science, data, technology and innovation.

The assembly passed several resolutions and strategies on several areas of public health like mental health, human resource for health, TB, polio, immunization, HIV, viral hepatitis and sexually transmitted diseases, infection prevention and control, etc. In addition to these the resolutions on financing of the WHO and future works on preparedness for health emergencies including health emergencies in Ukraine was also passed. This year’s assembly re-elected Dr Tedros Adhanom Ghebreyesus as the Director General of WHO for a second five-year term.

With regard to eye health, the World Health Assembly was packed with remarkable activities- from the launch of WHO tools to the presentation of two statements at the WHO governing bodies. In an event hosted by IAPB, the WHO Eye care in health systems – Guide for action, an important set of tools towards universal eye health was launched. This tool provides step-by-step guidance to support Member States in implementing the recommendations of the World report on vision.   Furthermore, it links to other tools developed by WHO, including Eye care situation analysis tool (ECSAT); Package of eye care interventions (PECI); Eye care indicator menu (ECIM) and Eye care competency framework (ECCF). Health leaders from countries- Bangladesh, Indonesia, Australia, Ethiopia and Tanzania; and WHO representatives including Dr Tedros Adhanom Ghebreyesus, WHO Director-General spoke at the event.

IAPB presented two statements at the WHO governing bodies. The first on Pillar 1 One billion more people benefitting from universal health coverage, agenda item. This was a to the political declaration of the third high-level meeting of the General Assembly on the prevention and control of non-communicable diseases, grouping 1.1. 2 (b) Draft recommendations to strengthen and monitor diabetes responses within national noncommunicable disease programmes, including potential targets, was presented at Committee A among the member states.

“IAPB, the alliance for global eye health, supports the adoption of targets to strengthen and monitor diabetes responses. Globally, over 160 million people with diabetes have Diabetic Retinopathy, the most common microvascular complication of diabetes.” 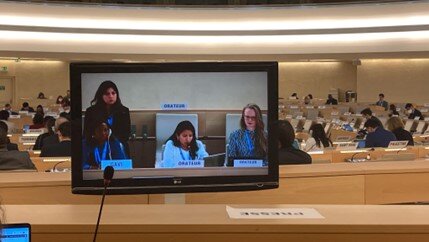 “1 million are irreversibly blind and 47 million of them require urgent treatment. DR is the fifth leading cause of blindness, and the only one that has increased globally between 1990 and 2020. DR vision loss can be prevented through screening and treatment. All people with diabetes must be screened regularly. There is a pressing need to integrate DR control strategies in diabetes care. This should start by including a DR target within the diabetes targets.”

The second statement was on the Pillar 4 More effective and efficient WHO providing better support to countries, agenda item 27.2 Human organ and tissue transplantation was presented at Committee B among the member states.

“IAPB, the alliance for global eye health including eye banks and transplant facilities, supports the WHO’s report on ‘Human organ and tissue transplantation’ and Global Action Frameworks for Organs and Tissues. Globally, 12.7 million people await a sight restoring corneal transplant. Of those, 80% reside in LMICs and 53% are without access to local eye bank donation and transplant services.” 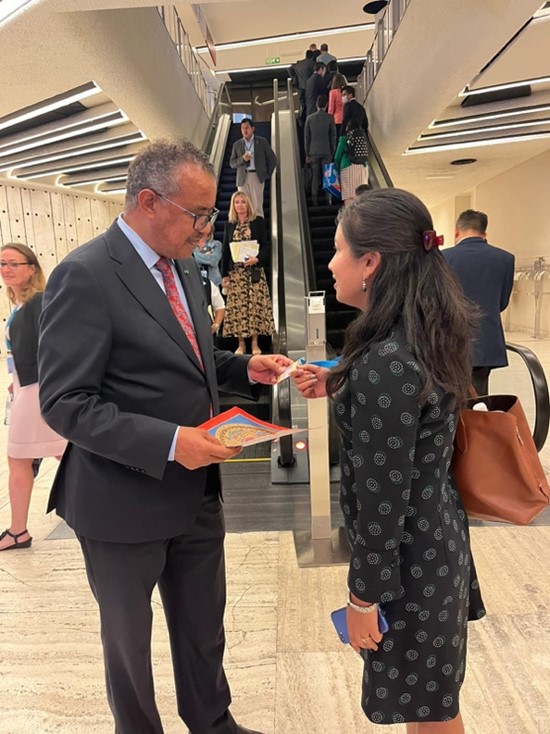 This assembly especially marked a great place of networking as it happened for the first time in-person since the COVID-19 pandemic began in Dec 2019.  This opportunity became even more golden for me with a fortunate meet with Dr Tedros to congratulate him in-person on his re-election as the director general of WHO.

There are several advocacy activities going on in the regions and countries for implementation of Integrated people-centred eye care (IPEC). Please keep an eye on the monthly blog on the advocacy section for the updated information about what’s going on.

On 15-16 June, a regional meeting of IAPB members in Latin America is going to be held in Mexico. The meeting will have participation of foundations and hospitals of Mexico, Colombia, Nicaragua, Paraguay, Guatemala, Perú, Argentina and Bolivia. The aim of the meeting is to share the main aspects of the 2030 In Sight strategy, IPEC objectives and facilitate a workshop where  all members can participate. The same event will also host our Advocacy to Action Latin America session on the first day.

In July there are some regional advocacy events on the new eye health sector strategy 2030 In Sight and IPEC. Meetings with WHO at Africa sub region is going to be held on 11 July and that of South-east Asia region on 21- 22 July. 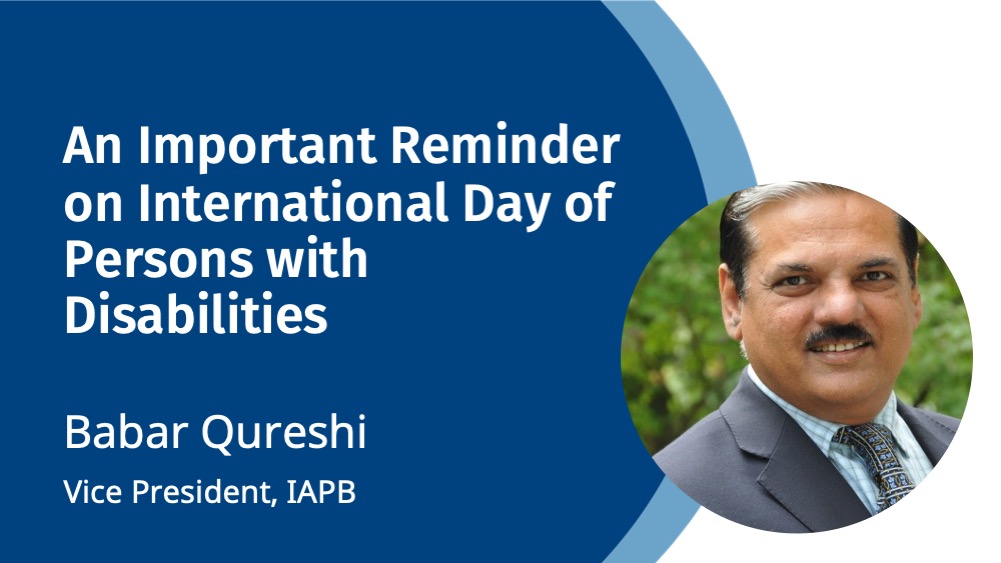 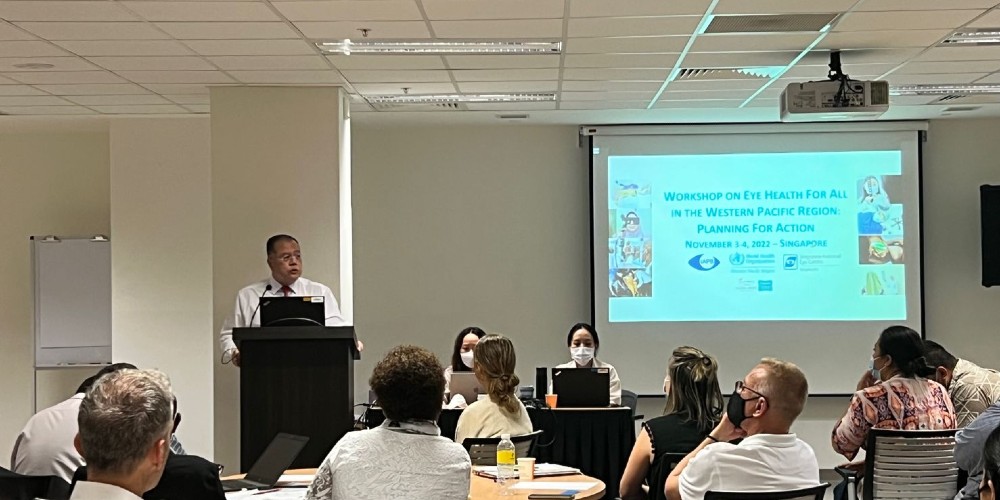 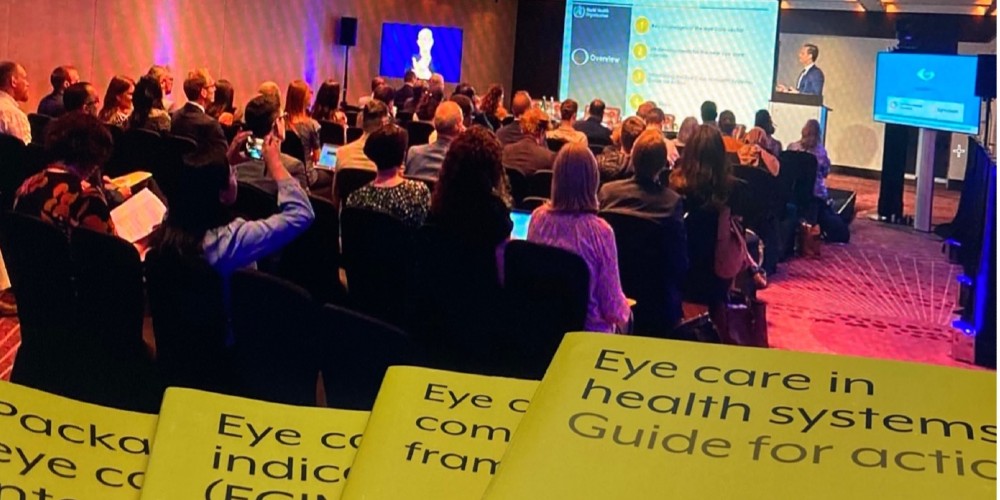 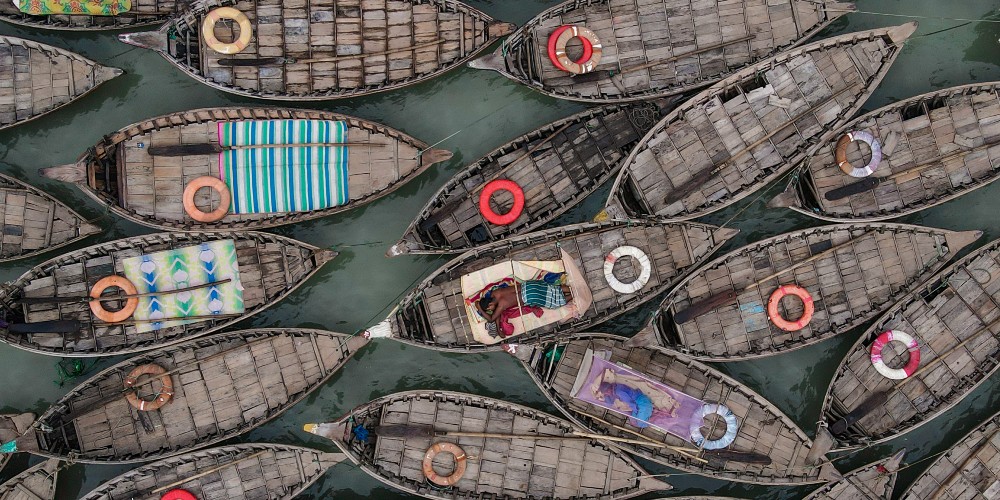 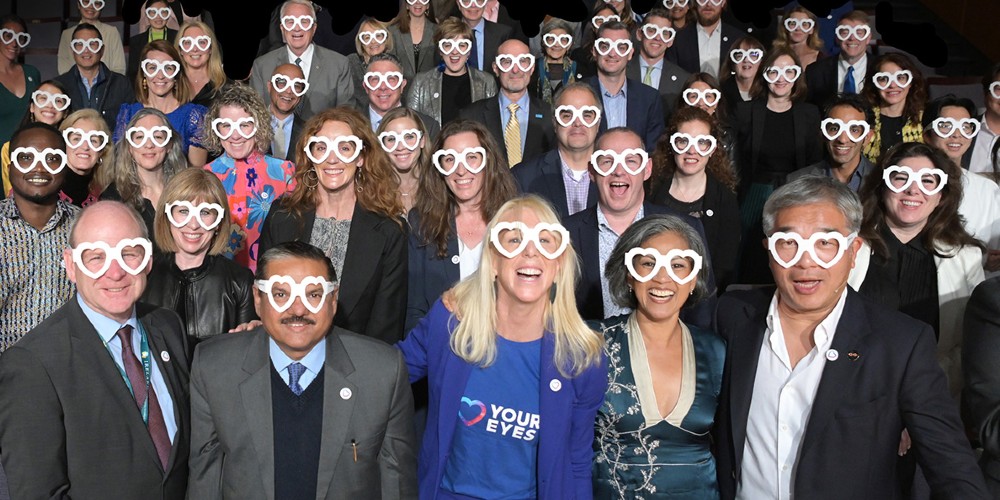 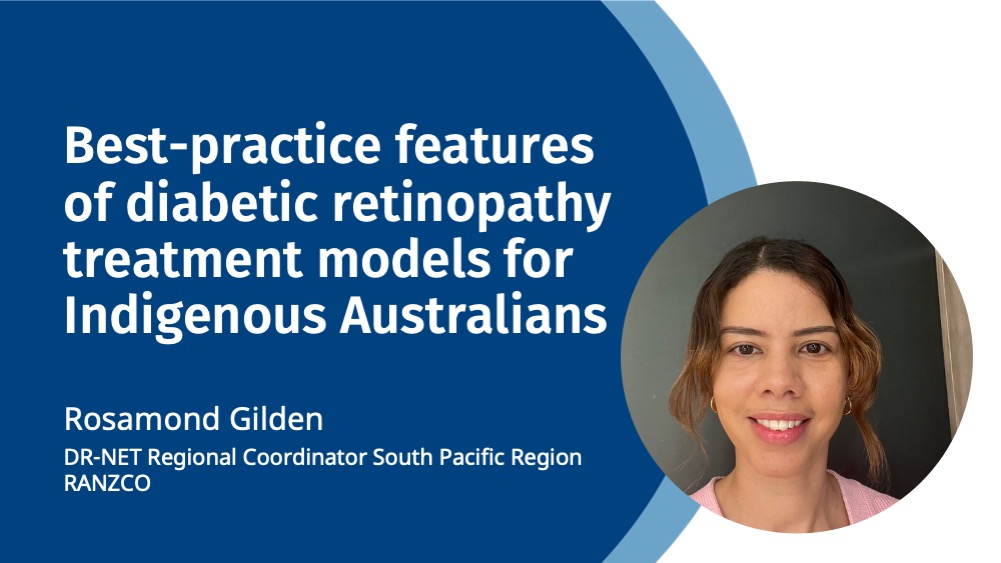 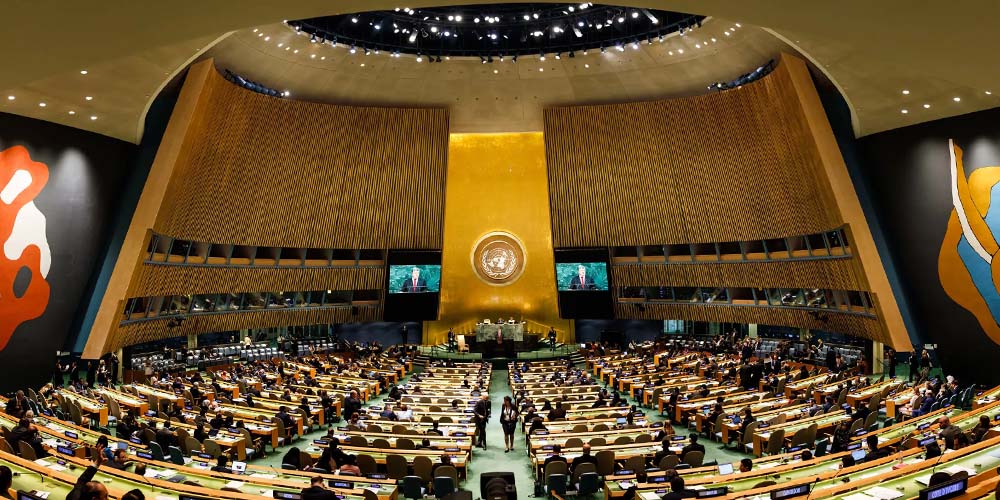 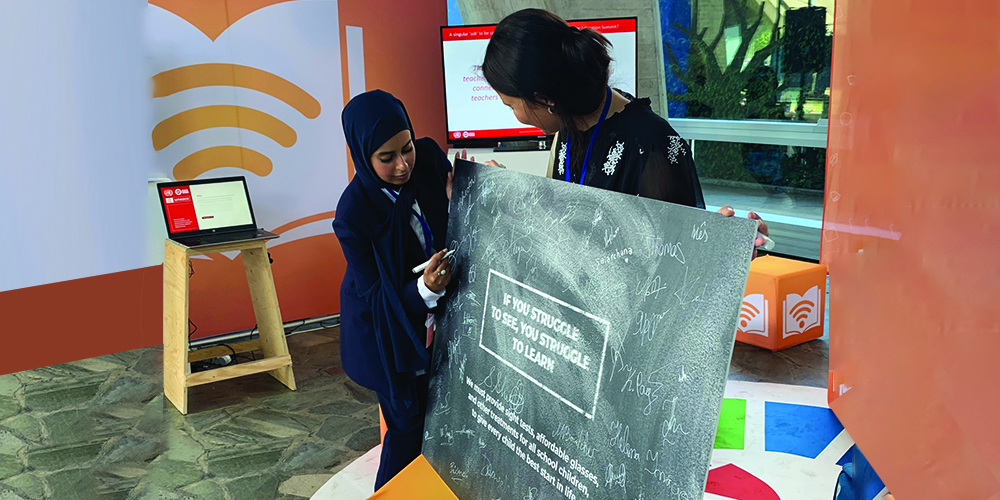 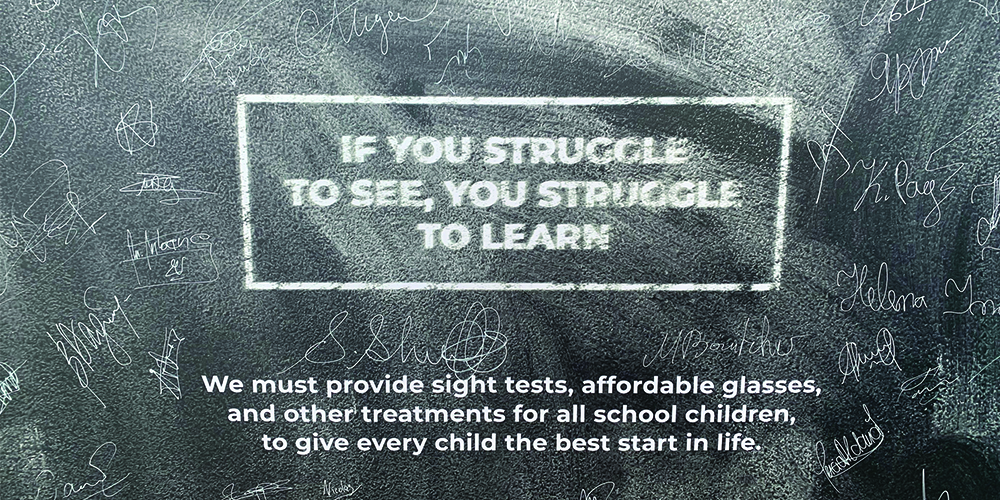 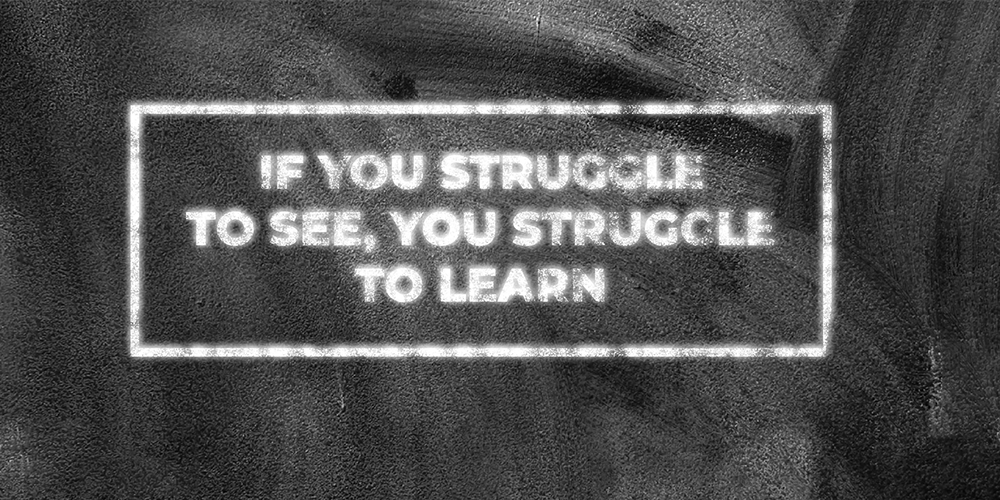 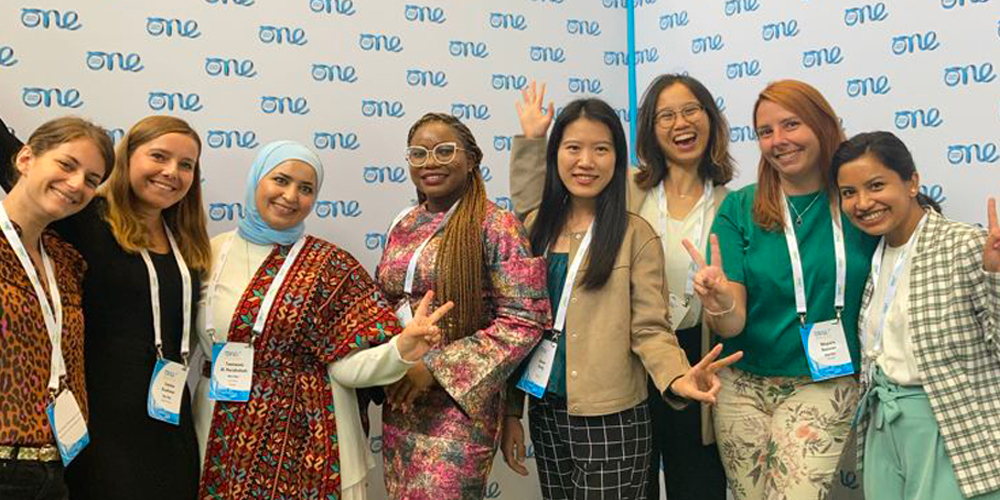