When comparing the rates of vision loss between countries and regions, it is important to understand what statistic to report.

When reporting the magnitude of vision loss, there are typically three options. This article discusses each of these three options and gives an overview of some of the issues that need to be considered when making reporting prevalence, and particularly when making comparisons.

The actual number of people living with vision loss 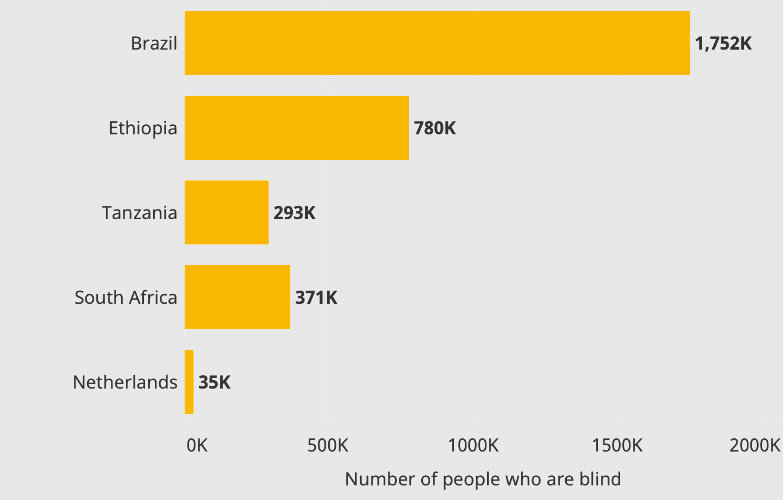 Figure 1: Comparison of the number of people who are living with blindness in different countries

When countries have difference population sizes it is more difficult to compare the ‘burden’ of vision loss with other countries or regions that have vastly different populations. One option, is to consider the proportion of people within each country/region living with vision loss, or the crude prevalence.

However, some countries/regions have very young populations, whereas other countries have many older people. As vision loss is very much associated with ageing (73% of global vision loss is experienced by people over the age of 50), it can sometimes be helpful to consider the age-structure of the population (age-standardised prevalence).

Prevalence calculated to account for differences in population age structures

Countries can have vastly different population structures — these differences are often depicted in population pyramids or ‘age-gender-pyramids’. Countries that have a high birth rate, and perhaps a relatively low life expectancy have a high proportion of younger people. This is represented by pyramids with a broad base (Figure 3). 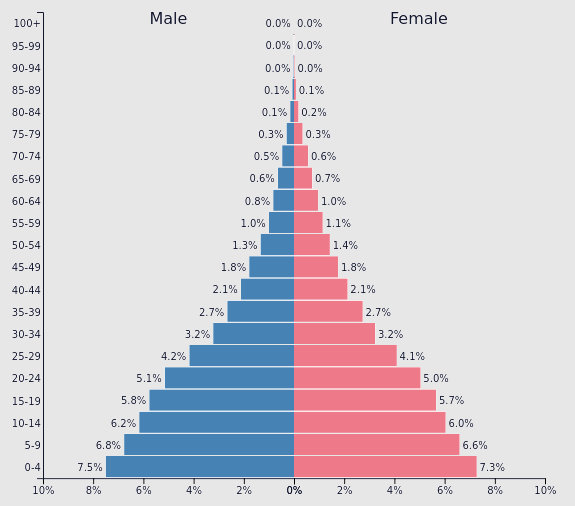 Countries with more older adults are represented with a narrower base (Figure 4). 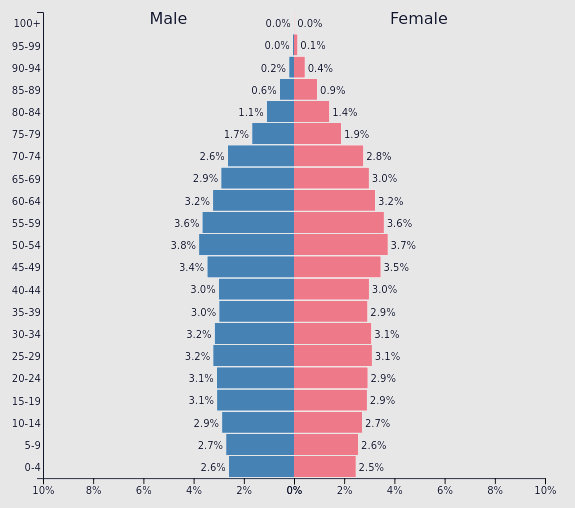 The age-standardisation example in Figure 5 shows that: 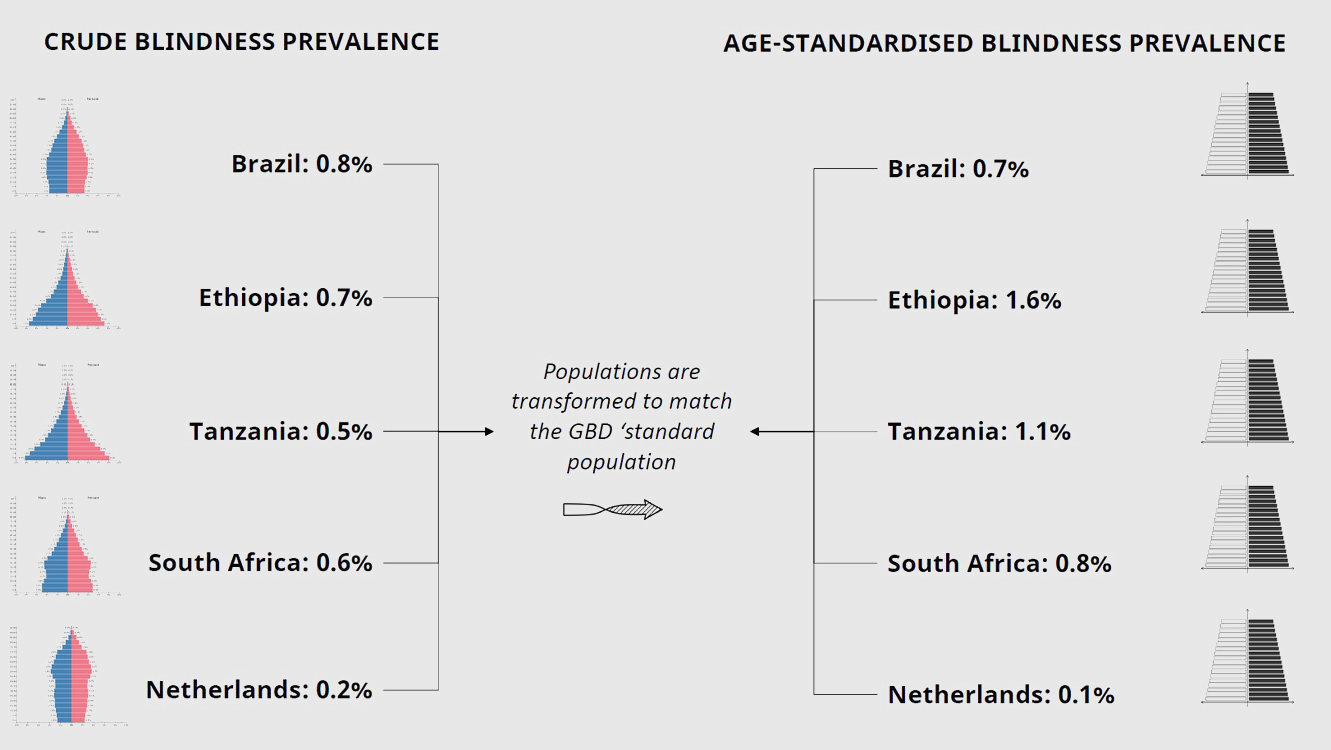 Ethiopia, which has a very young population compared to the global average, has the highest age-standardised prevalence of blindness out of the examples shown in Figure 5. 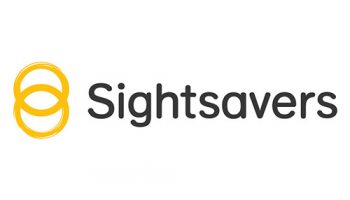 Powered by data from