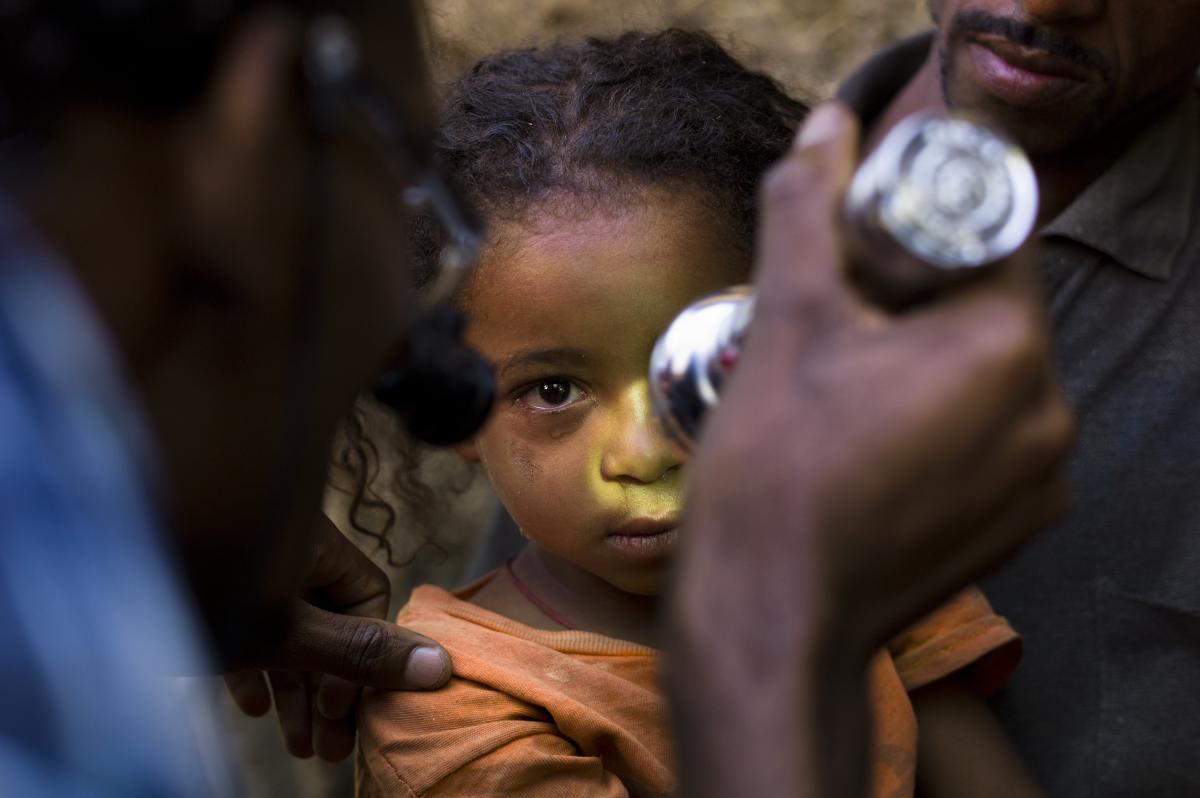 Neglected Tropical Diseases, such as trachoma, Guinea worm and river blindness, are avoidable infections but can deform, disable, blind and even kill if left untreated.  They affect over a billion people in the poorest and most marginalised communities in the world, stopping children going to school and parents going to work – costing developing economies billions of dollars every year in lost productivity and reducing overall global prosperity.

Britain is already leading the way in fighting these diseases, and will more than double its support over the next five years. This will mean a billion treatments for people at risk in the developing world as part of an international push to eliminate and eradicate these ailments for good.

The UK’s total support package will:

The UK will also build on the great work done by our world-class universities, pharma companies and NGOs tackling Neglected Tropical Diseases by investing in pioneering research to drive the development of drugs that will control or eliminate them.

“These diseases belong to the last century. They cause unimaginable suffering and pain to some of the world’s poorest people, forcing them into a deeper cycle of poverty with no way out. Yet they are treatable.

“The UK’s support will protect over 200 million people from a future blighted by tropical disease and represents a huge leap towards ending this scourge.

“Through our commitment, through our leading NGOs and pharma companies, through our world-class universities and researchers, Global Britain will continue to play a leading role in this fight.  These diseases have been named ‘neglected’ for a reason, but  I’m not prepared for them to be neglected any longer.”

The doubling in UK funding announced today cements Britain’s commitment ahead of the WHO conference in Geneva in April, where the Bill and Melinda Gates Foundation, governments, NGOs, multilateral organisations and the private sector will come together in an effort to relegate Neglected Tropical Diseases to the history books.

The £360 million breaks down as follows:

• £100 million allocated from the Ross Fund portfolio. The Ross Fund Portfolio is a £1 billion programme, which brings together UK Government investments to tackle the world’s deadliest infectious diseases by developing, testing and delivering a range of new products (including vaccines, drugs and diagnostics).

In addition to the spend on implementation outlined above, the UK will invest the following in research and development for new technologies to fight NTDS with allocations also from the Ross Fund portfolio: £48m to the Drugs for Neglected Diseases Initiative, £30m to the Foundation for Innovative New Diagnostics and £10m to the Coalition for Operational Research on Neglected Tropical Diseases. These research programmes will support the development of drugs and diagnostics for Neglected Tropical Diseases and provide evidence to improve the delivery of NTD programmes