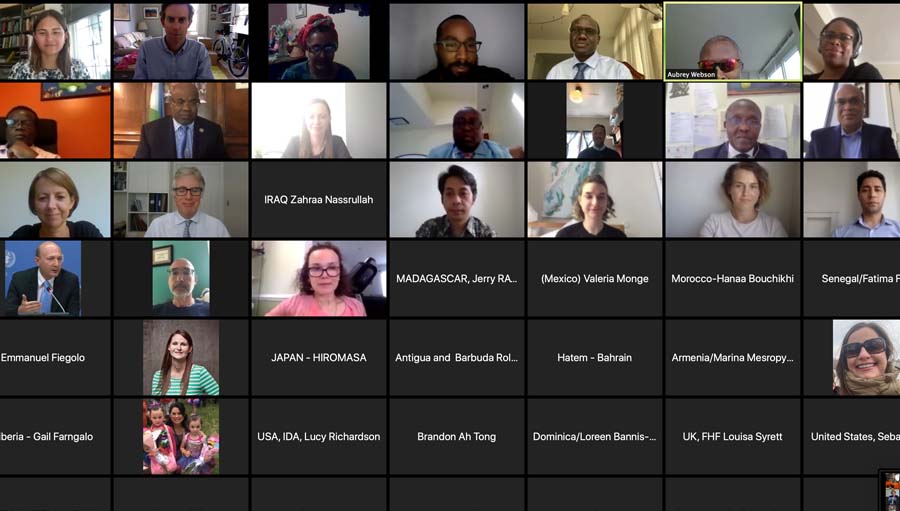 This week we held our first virtual meeting of the Friends of Vision group. Over 70 people were in attendance from more than 40 countries, with 20 Member States represented at Ambassador level – by far our best turnout yet.

Who are the new co-chairs of the Friends of Vision?

Ambassador Rabab Fatima was appointed as Bangladesh’s Permanent Representative to the United Nations in December last year, having previously served as the country’s Ambassador to Japan. In January of this year, Ambassador Fatima was unanimously elected as the President of the UNICEF executive board. In this role, she provides strategic guidance to the agency and is responsible for ensuring its activities are responsive to the needs and priorities of recipient countries.

Ambassador Byrne Nason has been Ireland’s Permanent Representative to the United Nations since August 2017. A career diplomat, Ambassador Byrne Nason previously served as Ireland’s Ambassador to France and Monaco, as well as the Deputy Permanent Representative to the European Union. She is a passionate advocate for women’s rights and served at the Chair of the 63rd UN Commission on the Status of Women.

The next steps for the Friends of Vision

The highlight of the meeting was that Member States agreed pursue a United Nations General Assembly (UNGA) resolution on vision in the 75th session of the UN – with the adoption of the resolution planned for the late autumn of this year. The UNGA resolution will place vision alongside other development priorities and ensure it forms part of efforts to achieve the Sustainable Development Goals (SDGs). Many Member States expressed their support for the resolution, with some offering to be part of a smaller group who will produce a zero draft.

In addition to the above, Member States also agreed an impressive programme of activity for 2020, which includes:

It is great to see so much progress at a time when a lot of our advocacy has been put on hold.