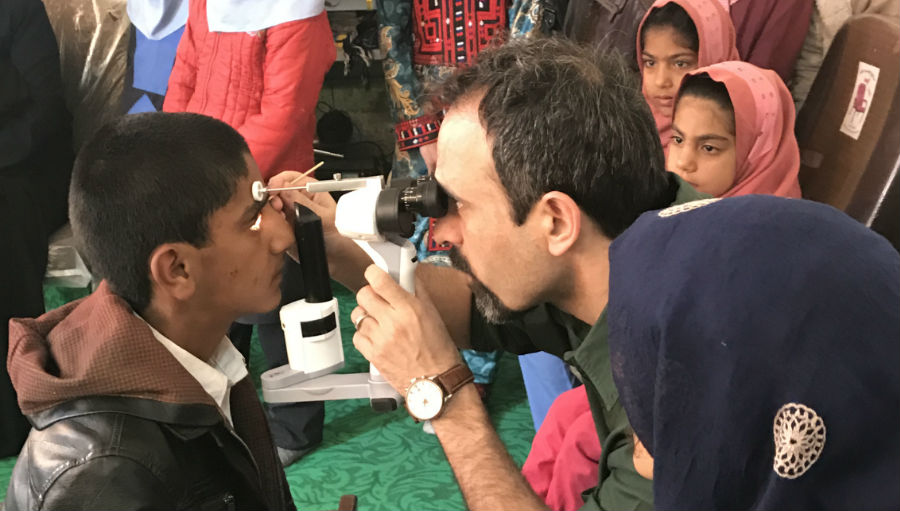 Maputo | Geneva — The number of people at risk of trachoma – the world’s leading infectious cause of blindness – has fallen from 1.5 billion in 2002 to just over 142 million in 2019, a reduction of 91%, the World Health Organization (WHO) has reported.

New data was presented at the 22nd meeting of the WHO Alliance for the Global Elimination of Trachoma by 2020, (GET2020) also show that the number of people requiring surgery for trachomatous trichiasis – the late, blinding stage of trachoma – has dropped from 7.6 million in 2002 to 2.5 million in 2019, a reduction of 68%.

“Eliminating trachoma contributes to the ocular health and quality of life of the poorest, most disadvantaged people worldwide and thereby moves us a step closer to achieving universal health coverage,” said Dr Mwelecele Ntuli Malecela, Director, WHO Department of Control of Neglected Tropical Diseases. “Ridding the world of this painful, debilitating disease is being made possible through generous donations of the antibiotic azithromycin, sustained contributions from a network of dedicated funding agencies and partners, and the efforts of hundreds of thousands of front-line workers who work tirelessly to engage communities and deliver interventions.”
Trachoma remains endemic in 44 countries and has blinded or visually impaired around 1.9 million people worldwide. Mapping of trachoma has been completed to identify its distribution and target control measures through the SAFE strategy, namely: surgery for trichiasis, antibiotics to clear infection, and facial cleanliness and environmental improvement to reduce transmission. The disease is caused by infection with a bacterium.
“Eliminating trachoma has immediate benefit in preserving vision for people at risk. But work against trachoma has required the creation of innovative partnerships, which will help ensure that the most remote and marginalized people are not left behind as more comprehensive health services are strengthened,” said Mr Scott McPherson, Chair, International Coalition for Trachoma Control.

In 2018 alone, 146112 cases of trichiasis were managed and almost 90 million people were treated with antibiotics for trachoma in 782 districts worldwide.

Since 2011, eight countries have been validated by WHO as having eliminated trachoma as a public health problem.1 At least one country in every trachoma-endemic WHO Region has now achieved this milestone, demonstrating the effectiveness of the SAFE strategy in different settings.

“This is great progress, but we cannot afford to become complacent,” said Dr Anthony Solomon, Medical Officer in charge of WHO’s global trachoma elimination programme. “We should be able to relegate trachoma to the history books in the next few years, but we will only do so by redoubling our efforts now. The last few countries are likely to be the hardest”.

The significant reduction in the global prevalence of trachoma has resulted from increased political will in endemic countries, expansion of control measures and generation of high-quality data. The global programme has been supported by the world’s largest infectious disease mapping effort – the Global Trachoma Mapping Project (2012–2016) – and, since 2016, by Tropical Data, which has assisted health ministries to complete more than 1500 internationally-standardized, quality-assured and quality-controlled prevalence surveys.