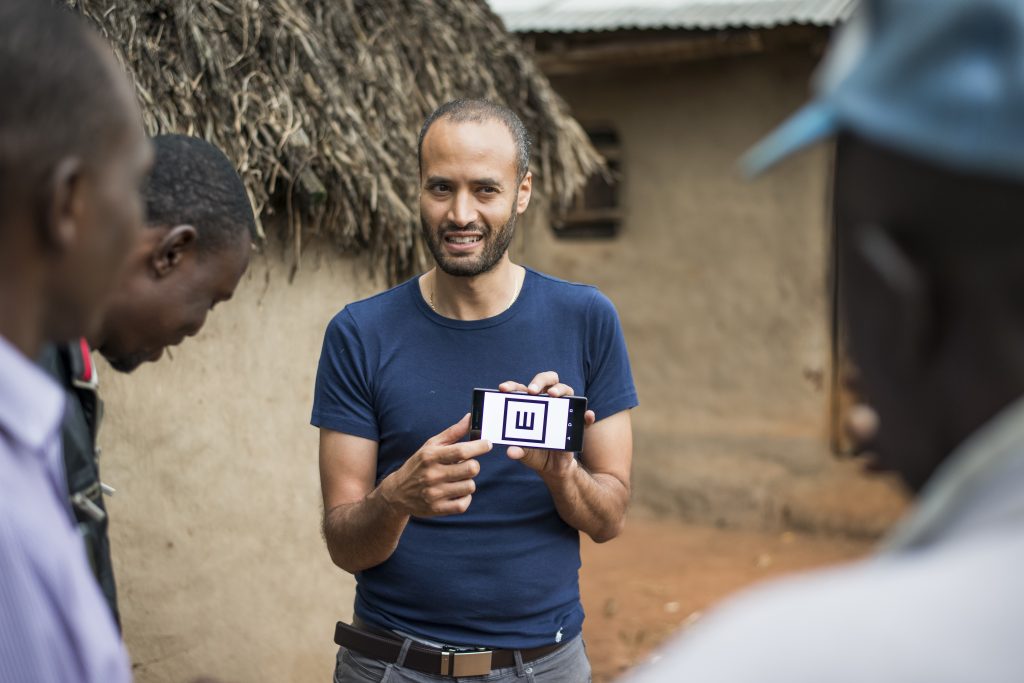 This World Sight Day, we are shining a spotlight on SiB’s pioneering partnership with Peek, who we have supported through the SiB Innovation Fund since 2014.

In 2011, Dr Andrew Bastawrous left his role as an Ophthalmologist in the UK’s National Health Service (NHS) to set up 100 eye clinics in Kenya as part of his PhD research whilst studying at the London School of Hygiene & Tropical Medicine (LSHTM). Andrew and a small team were examining and treating as many people as possible, but it soon became clear it would never be sufficient.

Andrew had a vision of a better future for eye care, and along with the team in Kenya he set about creating Peek Acuity – the world’s first clinically-tested smartphone vision check app. Peek Acuity made it possible for a non-specialist to accurately measure someone’s distance vision, so they could be referred to the relevant services if they were identified as requiring further examination. 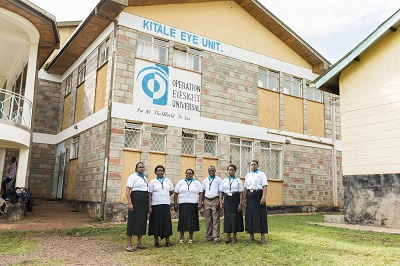 Seeing is Believing (SiB)’s journey with Peek began in 2014, when SiB’s Innovation Fund supported a trial led by Peek and Operation Eyesight Universal in which 25 teachers screened 20,000 school children in Trans Nzoia County in Kenya (2015). The study was hugely successful, and results published in The Lancet Global Health showed that screening school children using the Peek system more than doubled the proportion of children attending follow-up appointments. In 2016, the trial in Kenya received scale up funding from SiB and began a country-wide programme to reach 160,000 children.

At the same time, in partnership with the Government of Botswana and others, SiB supported Peek to undertake a school screening pilot to trial vision screening in schoolchildren using Peek technology; over 95 per cent of children in the pilot attended follow-up appointments. Nearly 13,000 children from 49 schools were screened in the Goodhope sub-district, with over 2,000 children referred for optometric care and over 800 supplied with spectacles. The findings of the programme underscored the need for comprehensive vision screening in schoolchildren and illustrated the potential of using Peek at a national level in Botswana and other countries. As a result of this SiB supported programme, the Government of Botswana has committed to roll out a national school eye health programme for every school child in the country using Peek technology.

After the success of the Peek projects in Kenya and Botswana, SiB co-funded a trial in India, led by LSHTM, using Peek. Teachers were trained to measure visual acuity using Peek. The project also explored cultural and attitudinal differences which influence uptake of services and spectacle usage.

In 2017, with the help of the SiB Innovation Fund, Peek took forward a proof-of-concept portable, low cost camera for retinopathy of prematurity (ROP) screening to help prevent vision loss in premature babies. The goal is to provide an alternative to expensive digital imaging equipment ensuring non-ophthalmologists can image and share data to provide timely and vision saving decisions on treatment. To date, prototypes for clinical validation have been built and are soon to be validated as part of an ROP study in Tamil Nadu, India.

Over the years, Peek has grown from a research project within LSHTM to a thriving spin-out social enterprise. With the support of SiB and other funders, Peek has been able to take an idea from proof of concept through to a clinically validated medical device (Peek Acuity). By embedding it into a suite of products and services, Peek helps to strengthen health care systems, especially when used by partner organisations who will take Peek to scale.

Now, thanks in no small part to the ongoing backing of SiB, Peek is able to continue to grow their reach of Peek-enabled programmes and users through our new Innovation Fund project – the development and launch of an online Peek Training Portal.