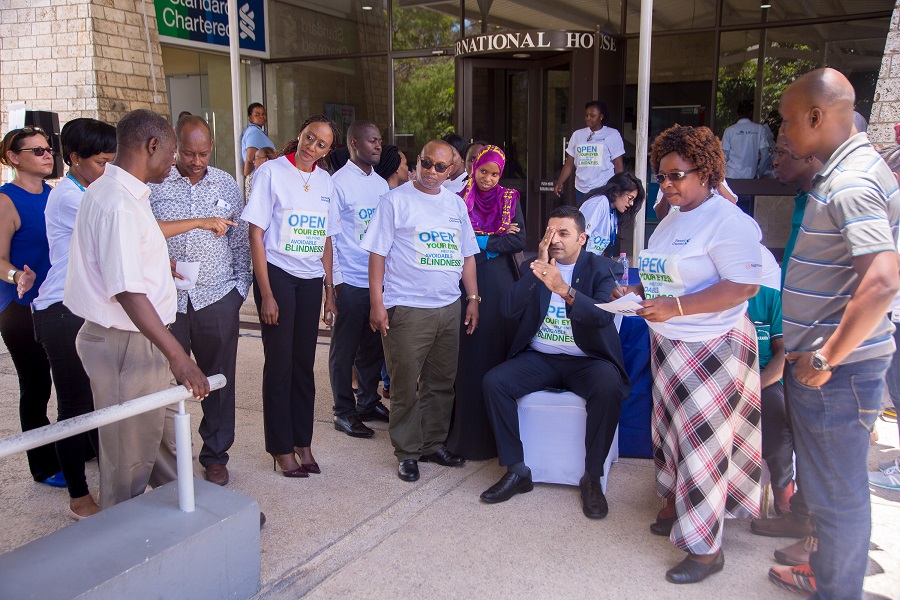 World Sight Day is an important event to share and disseminate messages to create awareness on eye health. It is a great time to engage with community groups and key partners within the local area. The theme for this year was “Eye care everywhere, eye care for everyone”.

In Tanzania, the commemorations were held in partnership with the Dar es Salaam Regional Authority and Standard Chartered Bank (SCB) as the bank was also celebrating the 15th anniversary of the “Seeing is Believing” initiative. Sightsavers Tanzania facilitated and coordinated the event through the MAONO School Eye Health Project. Two major activities were undertaken: raising awareness (through a public seminar to SCB staff, pupils and teachers from the Bunge primary school) and screening followed by refractions. The Dar es Salaam Regional Medical Officer (RMO) provided the technical human resources to support the planned activities (including one Ophthalmologist, two Optometrists, two Ophthalmic Nurses and three Education Officers, over three days.

During the seminar on eye health and related diseases, 22 SCB staff participated, and over 500 pupils and 30 teachers from Bunge Primary school were reached with awareness messages on eye health.

The screening process was championed by SCB CEO Mr Sanjay Rughani and led by the Ophthalmologist. 169 people (M 112, F 57) from the bank and within the building were screened with 89 (M 55, F 34) needing a prescription for spectacles and 17 (M 10, F 7) who were diagnosed with Ocular Morbidities. Mr Sanjay Rughani (CEO) was one of the people who was refracted, prescribed and received spectacles. 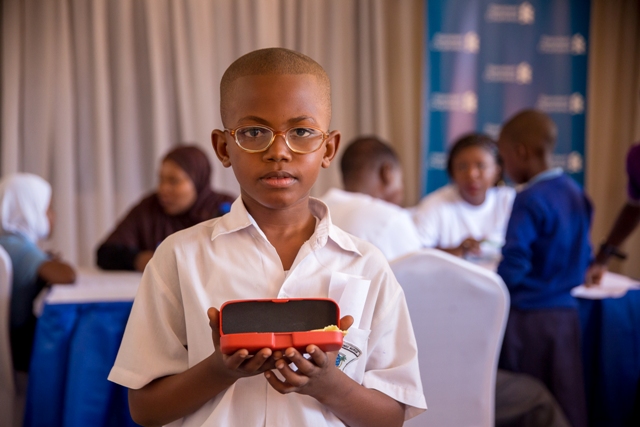 One of the pupils from Bunge primary school received spectacles

The screening event was graced by Mrs Gloriana Msengi who is the Ilala Municipal Education Officer. In her remark, Mrs Gloriana expressed her gratitude and appreciation for the work done by Sightsavers. She appealed for more such events that will reach more schools and teachers. The event has been an eye opener to the education sector on the importance of eye health education sessions as they have seen the challenges faced by both teachers and pupils.

In his concluding remarks, Mr. Sanjay Rughani (CEO) for SCB gave a word of thanks to the Dar es salam regional authority for their support especially in giving knowledge on eye health awareness to the SCB staff and screening them. He also thanked Sightsavers for good partnership in commemoration of World Sight Day and 15th Anniversary of SiB. He insisted that such activity should not only be done annually rather we should make it a regular event.