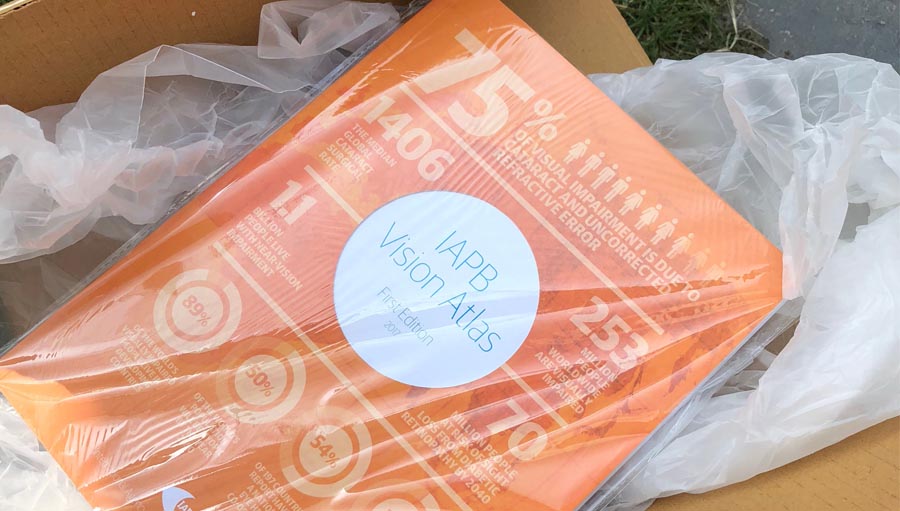 IAPB is delighted to share with the membership that we have published the IAPB Vision Atlas book and copies have been shipped to our members across the world. The Atlas is a beautiful book to behold, and it’s a great way to end 2017 (or begin 2018)!

In October 2016, during the 10th General Assembly, IAPB had the pleasure of unveiling a big new project we had been working on, for many months then: the IAPB Vision Atlas. The Atlas is a collaboration between a group of the best vision scientists in the world—the Vision Loss Expert Group (VLEG)—and IAPB.

We developed a small set of infographics first in 2014—the graph that showed the decline across all regions—and in 2015, the first set of maps. The feedback was overwhelmingly positive. The VLEG had decided to come out with data on vision impairment in greater detail than was available. The team at IAPB had been working with International Diabetes Federation, and we were very impressed with their Diabetes Atlas. It made sense to work with the VLEG to present their data along with context and commentary from the IAPB membership. As Joanna Conlon notes in the print version of the book, “the IAPB Vision Atlas distils the best of IAPB’s impact”.

The Atlas was supposed to be launched in 2016, both as a website and a book, but a few setbacks meant all the pieces of the puzzle were not in place for the launch. However, the VLEG did have data till 2010, and IAPB had collected GAP indicator data for many countries already. The technology was also in place: so we decided to go live with what we had–Prevalence maps for all ages and adults over 50. 2017 was the year it all came together finally—VLEG data was peer-reviewed and published in the Lancet Public Health and we could update the Atlas website will the latest detailed prevalence data.

Work had also begun on publishing all of the Atlas in a book form. We were convinced from the beginning of the use of the Atlas as a powerful advocacy tool: imagine leaving a copy with a Minister of Health.

I leave you with a few photos of the production process, and a photo of the book in its final form. 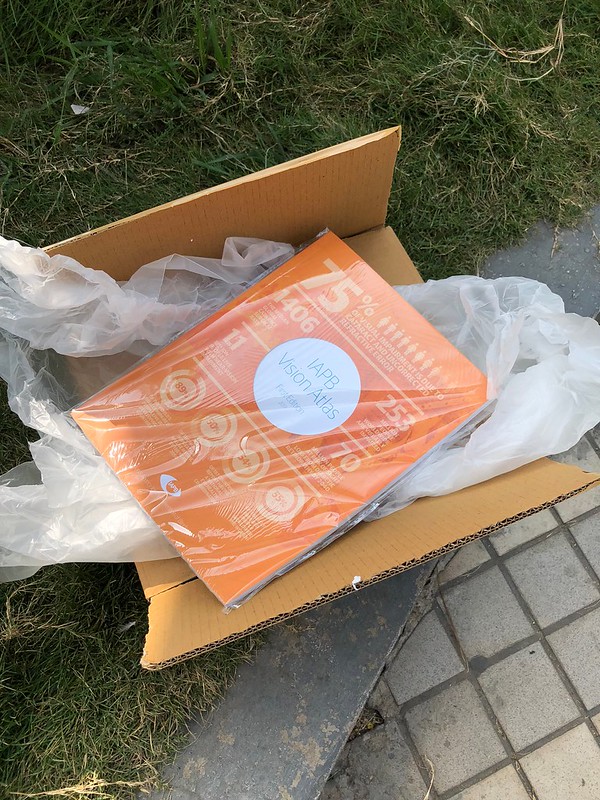 And finally, a big thank you to the team at Red Giant who worked hand-in-hand with IAPB in developing the website and design the book. 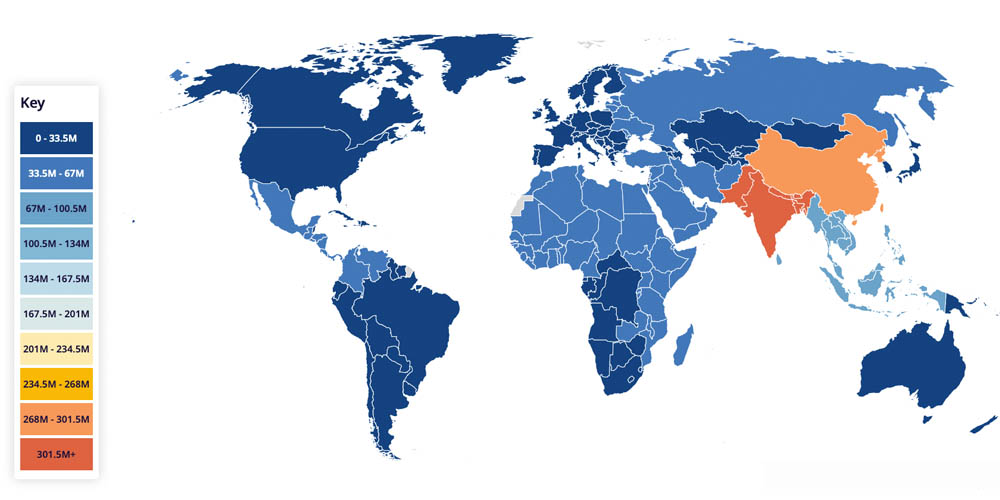 IAPB launched its updated Vision Atlas at a meeting of the United Nations Friends of Vision Group (watch the event video).

Book: Innovative Approaches in the Delivery of Primary and Secondary E...

Save the date: IAPB Vision Atlas