All Eyes on the Commonwealth

At St. James’s Palace in London on the 26th February a special event took place, hosted by Vision for the Commonwealth. Clearly, one of the member organisations, led on the organisation of the event.

Targeting 54 High Commissioners, the event aimed to build on momentum following on from the ground-breaking commitment made by the Commonwealth Heads of State in 2018 on eye health for all. It sought to gain support for a renewed commitment on eye health specifically for school children in the Commonwealth to be made at the next Heads of Government Meeting (CHOGM) this June in Kigali.

We had the pleasure of royal company. The special guest for the evening was the Countess of Wessex, a long time and leading supporter of eye health.

With Peter Holland, IAPB, introducing the event, Dr Agnes Binagwaho, former Rwandan health minister was the keynote speaker. The engaging panel chaired by Will Straw from Clearly, was made up of High Commissioner Foo Chi Hsia from Singapore, High Commissioner Karen-Mae Hill from Antigua and Barbuda, Caroline Harper, Sightsavers, and James Chen from Clearly.

There was a good turn out from country representatives including Sierra Leone, Cyprus, Uganda, Pakistan, Australia, St. Vincent and Grenadines. Cherie Blair was also among the guests.

Commonwealth governments are to be applauded for the many advances since 2018. Although the scale of tackling eye health globally is mighty, the consensus was there was the will to achieve the change needed.

There were one million social media impressions of the event, with a tweet from the Royal Family’s account, and 350,000 views of the campaign animation shown at the event for #GlassesinClasses.

Also involved in supporting the event were IAPB, Sightsavers, The Fred Hollows Foundation, Peek Vision, and International Coalition for the Trachoma Control (ICTC). 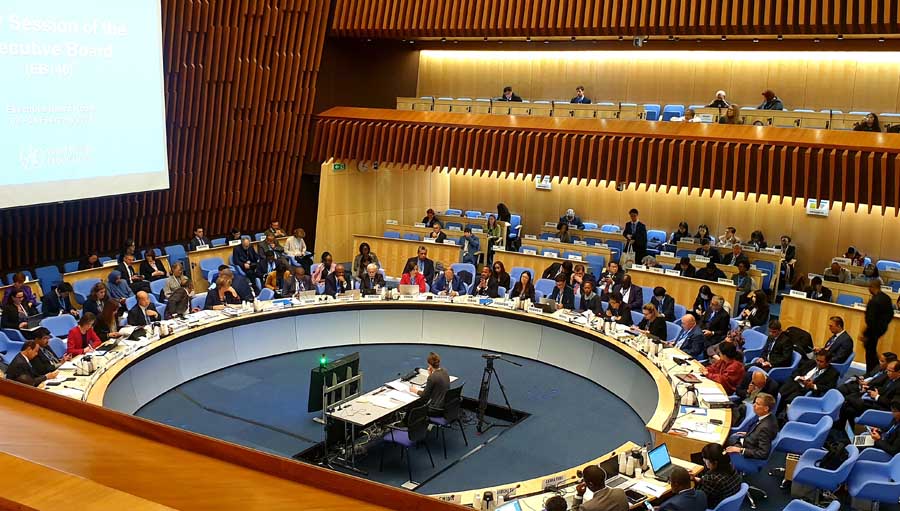