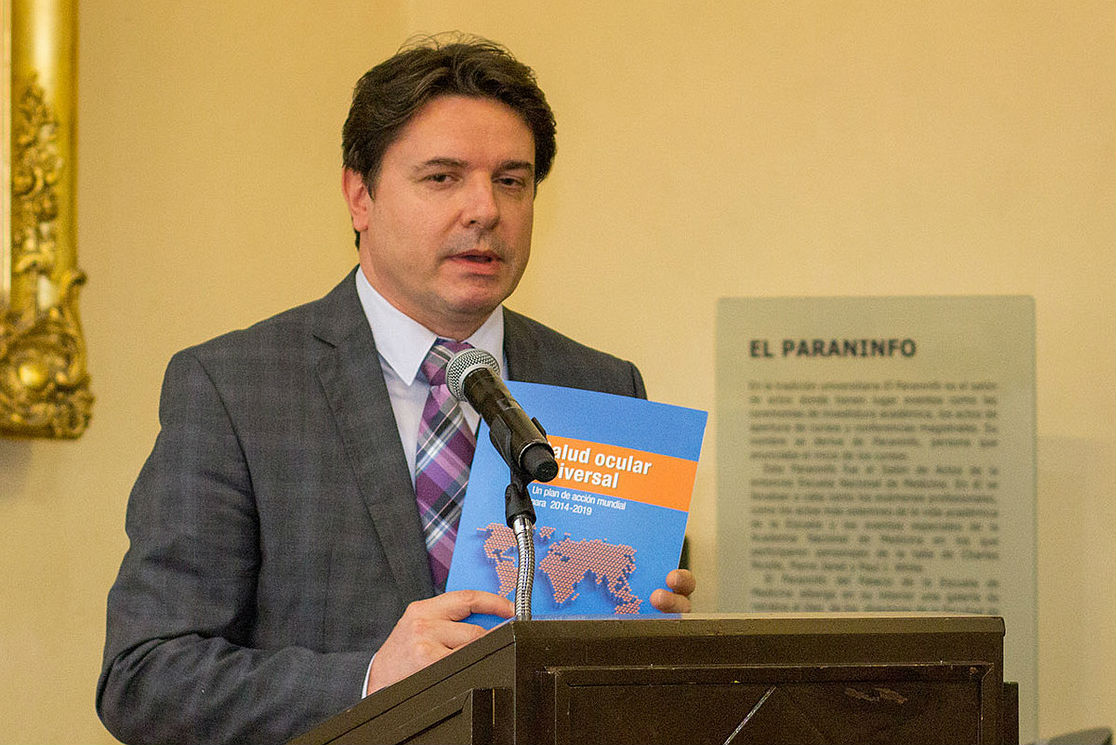 The WHO Global Action Plan document (“Universal Eye Health: a Global Action Plan 2014-19”), approved in 2013, is now the most important strategic document in eye health. One of its core principles is the idea of universal eye health, which includes rehabilitative health services as well. The WHO, many member states and almost all eye care organisations are working to implement the Global Action Plan.

A few months ago, Brandon Ah Tong, Director of Policy and Advocacy at Vision 2020 Australia wrote to the WHO pointing out that the actual GAP document was in a format that was inaccessible to some of the key beneficiaries of its objectives—those who were blind or with severe vision impairment. However, the final GAP document was not available in Word or any other accessible format with the WHO.

I wrote to the WHO’s publication division seeking permission to re-produce the document in an accessible format, which was promptly given. In the following weeks, IAPB’s Communications Officer, Rebecca Girigalla and Alecia Duke, Programme and Communications Officer, IAPB Western Pacific worked with Brandon to produce an accessible version of the GAP, which is now available for download from the IAPB website.

An important public document is now available for readers who use screen readers or other such tools in an accessible format.

Those of you who are interested in producing Accessible versions of documents should benefit from the following tools:

(via Sally Parsley, London School of Hygiene and Tropical Medicine).

My experience working for a charity for the deafblind

What a difference a GAP makes

Are we going to achieve the objectives of Universal eye health: A Global Action Plan (GAP) in the Western Pacific? Is the GAP making an impact and are countries making progress?