Finding Knowledge, Attitude and Practice of eye health in Nepal 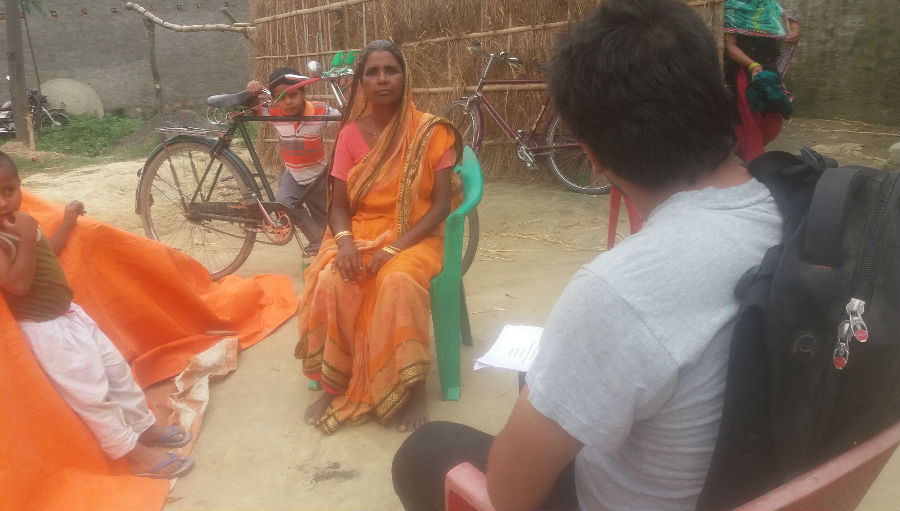 In 2017, the Nepal Netra Jyoti Sangh (NNJS) carried out a “knowledge, attitude and practice” national survey to understand the evolving demand for, and knowledge/attitudes for eye care in Nepal. A key aim for the survey was to assess, communicate and address eye health seeking behavior at the community level.

Though Nepal is small in area (147181 km2), it is a country of multiple languages, ethnicities and varied topographical conditions. Diverse communities live together in Nepal; lifestyles and cultural backgrounds vary even in the same geographic area. 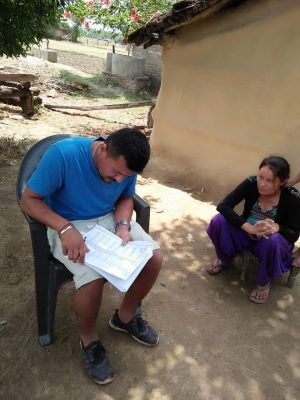 The study used a cross-sectional descriptive study design and quantitative methods to assess the status of KAP on eye health services in the 15 selected districts of Nepal. The total sample size included five thousand house-holds from 100 clusters (50 households from each cluster). Each of the households were a sampling unit for this study. We have assumed that these 5000 households can be generalized and treated as a nation-wide survey, as five development regions and three ecological regions were incorporated in this study. Semi-structured questionnaires were developed on the basis of initial qualitative results from the last 15 years of the eye health education programme. This was done in English language first and then translated into simple and clear Nepali. The enumerators went door-to-door to 50 households in the selected clusters.

This study was based on the involvement of more than three-fourth (84%) of the active population between the age of 20-59. It also involved one third of women (37.4%), thus representing the real picture of the community, including all the socio-economic and geographical strata.

Only 13% of the total study population had heard/seen the materials developed for public awareness. Similarly, only 73% (n=651) of them had heard the two-decade old radio eye health programme. Only 48% (n=651) of the people had seen IEC materials. Another important finding was that 73.9% and 57.5% of the people accepted Health post and Female Community Health Volunteers respectively as an authentic ambassador to channelize any kind of eye health information to them.

How to improve eye health knowledge

Given the low literacy rates (73% in average; sometimes as high as 91% in some districts), the use of simple audio-visual aids and other media is important. There are many adult literacy programmes in the country; integrating eye health education programme into them, at least in some parts as a pilot study, might prove beneficial.

Radio could be an effective media as 60% of people have access to it but they should be motivated to listen to eye health education programming. In towns, television would also be good media for health education. The increasing use of mobile phones (90%) among adolescents and adults can be considered for the dissemination of short messages.

Refractive error, cataract, glaucoma, childhood blindness can be the common diseases we need to raise awareness about. However, emerging causes such as diabetic and hypertensive retinopathy (DR) also need to be included. Only <2% have heard about DR but 30% and 20% respectively know that Diabetes and Hypertension could be a cause of blindness if frequent eye check-up is not done.

The other important aspect is to reduce the barriers for the uptake of the surgery. We need to disseminate the following:

Because of the diverse socio-economic, educational and behavioral factors only a single media or method cannot be relied upon. Hence while choosing the media, method and the content (topics) for eye health education, we would urge planners to peruse the findings of the KAP Survey to achieve more favorable outcomes.