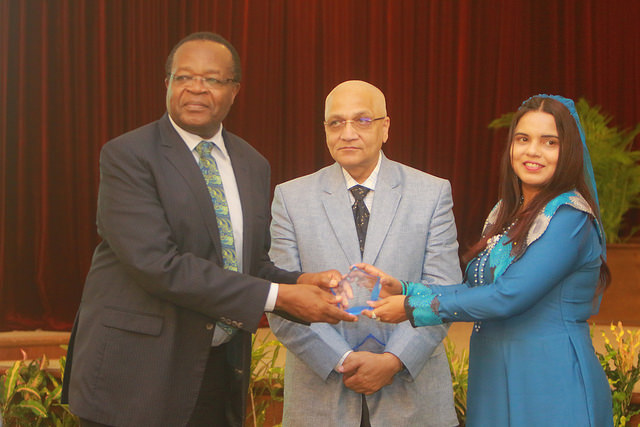 I am delighted to report back from a successful ‘dissemination workshop’ for data from the first-ever population based RAAB survey in Maldives. The workshop was organized by the WHO country office in Maldives and was graced by the honorable Minister of Health Her Excellency Ms Iruthisham Adam, Dr Tara Prasad Das, IAPB SEA Regional Chair, Prof. Henry Adala, LCIF Technical Advisor, Africa, Deputy Ministers and policy makers of Maldives and other eye care colleagues from the island nation.

The RAAB was conducted in 60-odd clusters during February-March 2016 and was made possible by a generous grant from Lions Clubs International Foundation. So, it was only fitting that H.E. Ms Adam gifted Prof Adala a plaque to commemorate the date, as a token of the country’s appreciation. 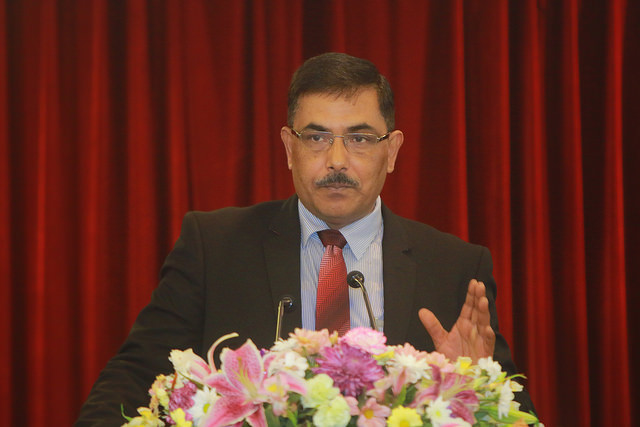 The survey also identified some key issues in the eye health system in Maldives, and the Minister of Health promised all support in putting together a plan for blindness prevention in the country.