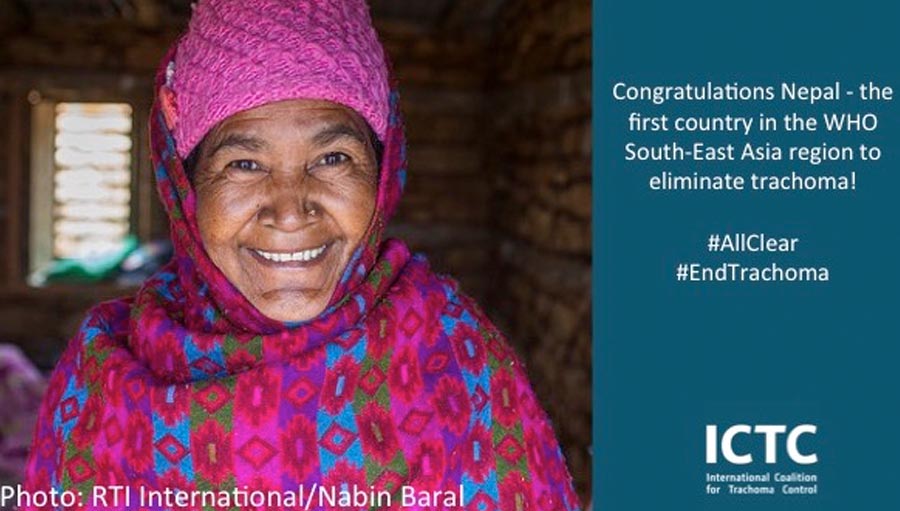 The World Health Organization (WHO) has validated Nepal for eliminating trachoma as a public health problem–the first South East Asian country to have achieved this success.

“Nepal’s elimination of trachoma as a public health problem demonstrates what can be achieved with strong national leadership, sustained investment and strategic partnerships” said Serge Resnikoff, Chair of the International Coalition for Trachoma Control. “By eliminating trachoma, Nepal has profoundly improved the lives of people living in some of the most remote and impoverished communities”.

“This remarkable achievement demonstrates what political commitment and sustained partner support can do,” said Dr Tedros Adhanom Ghebreyesus, WHO Director-General. “It is a big step towards health for everyone and comes at a time when Nepal accelerates its fight against other neglected tropical diseases.”

IAPB congratulates all the partners, including ICTC and the Nepal Netra Jyoti Sangh (NNJS), an IAPB member.