The StrongerTogether photo competition attracted a lot of quality submissions from around the world; each with a story to tell. We will be sharing some of these stories on our blog over the coming weeks. The first in the series is about the Eye Care Foundation’s run for charity, with pictures and inputs by Lia Marmelstein-de Koning—thank you Lia! 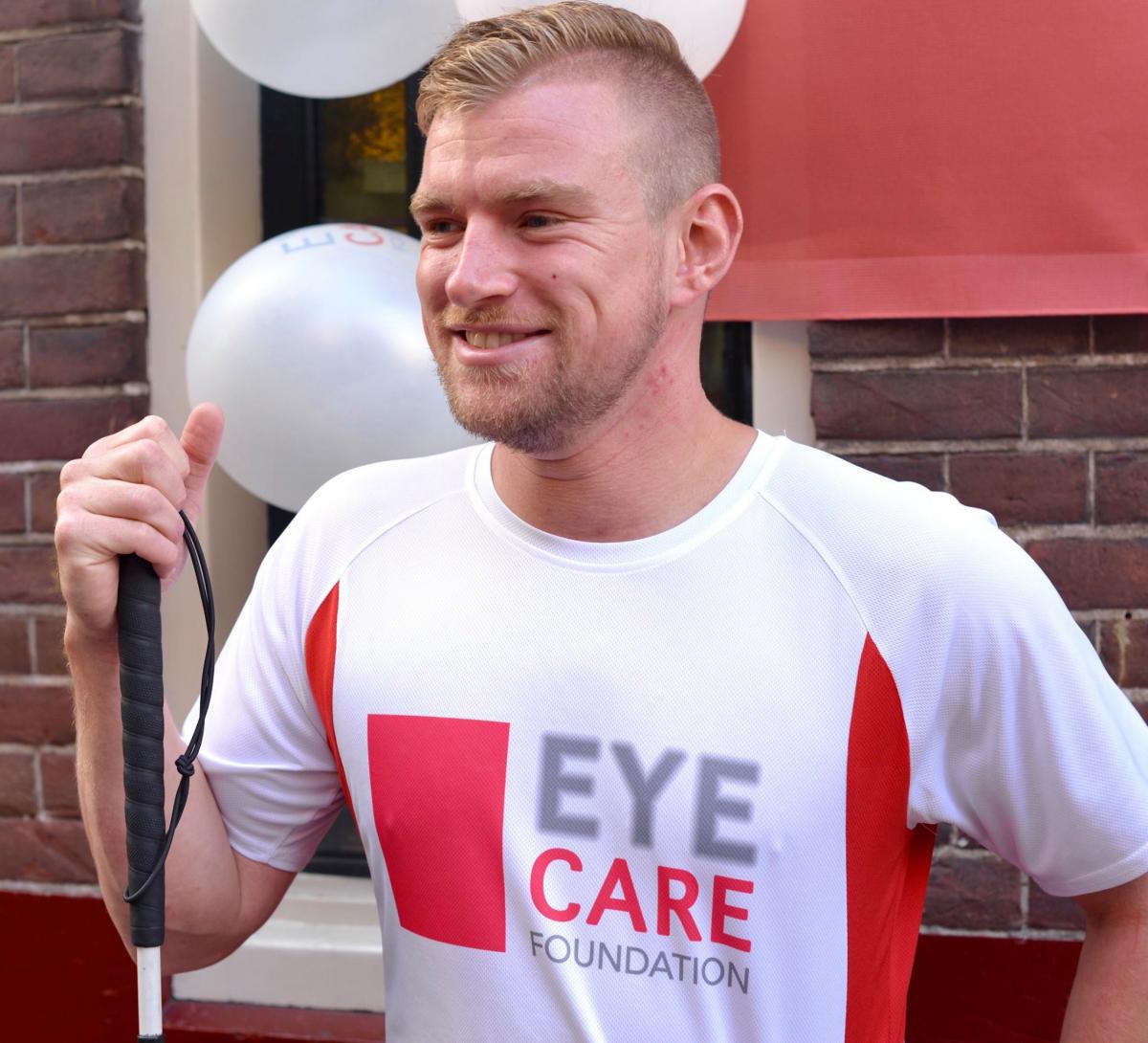 Jeffrey van Haastrecht was a 23- year-old sous-chef when he lost his vision to Leber optic atrophy, a genetic condition. “Within two months I went from being able to see 100% to a vision of 5%. Unfortunately, I see nothing but light and dark. My eyes are fine, but the images are not passed on to my brain”, Jeffrey says.

Despite having to give up on his dream of being a soccer player, Jeffrey hasn’t let his condition dampen his enthusiasm for life. Being athletic and staying fit are essential to him. So, he and his friend Thara Philippi began to run in March 2016. 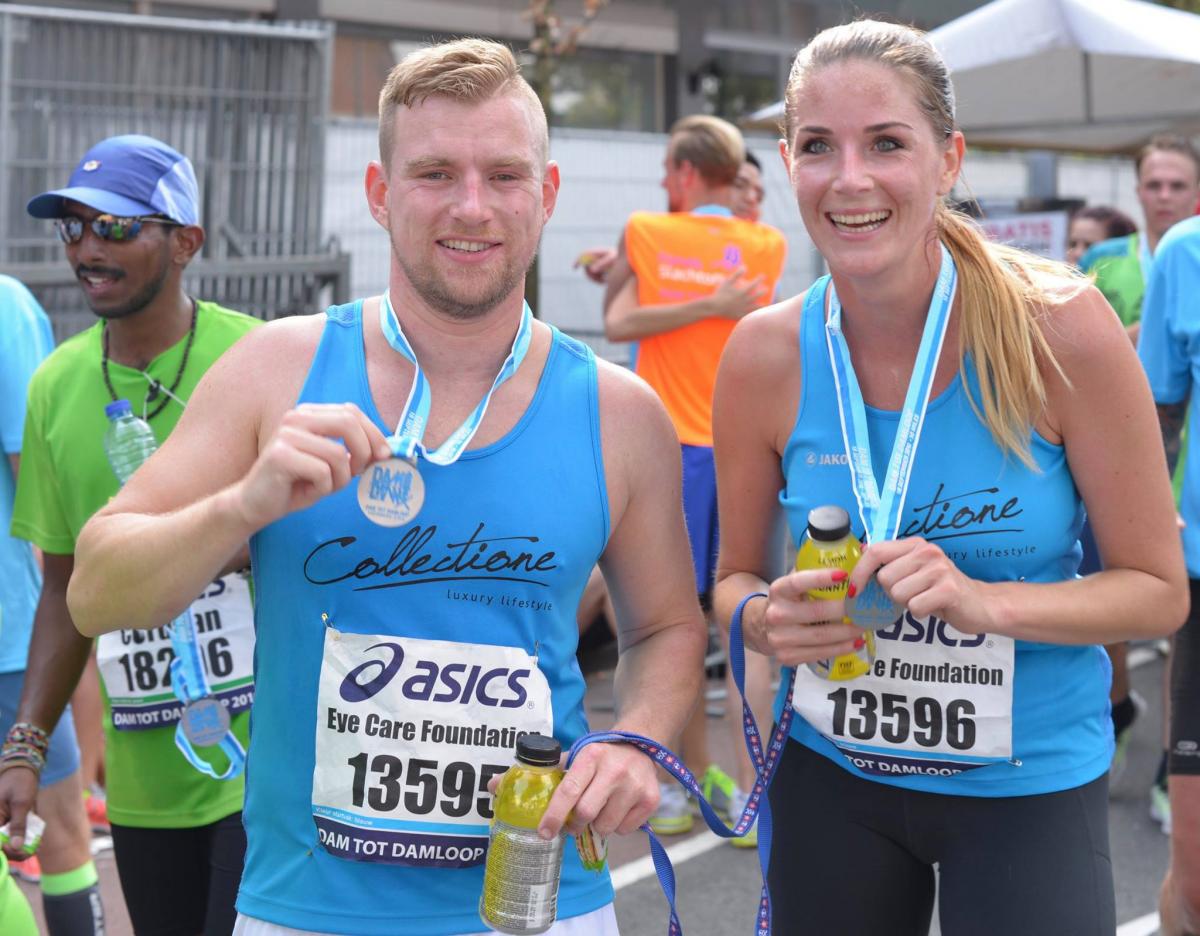 The Dam tot Damloop run (a distance of 10 miles) is one of the largest business runs in the world, supporting various charities. 50,000 runners participated in its 32nd edition from Amsterdam to Zaandam in September 2016. 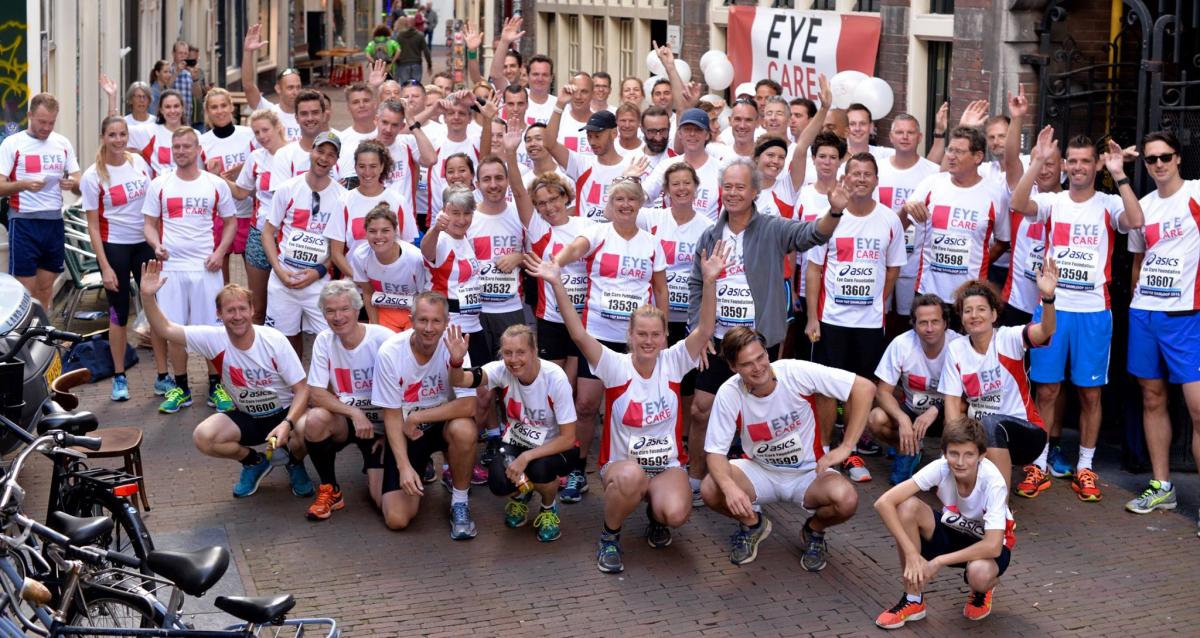 Jeffrey and Thara ran along with seventy other volunteers to raise funds in the Dam tot Damloop run for the Eye Care Foundation. They raised 20,000 Euro for ECF, which will support eye care work in South Vietnam.

Jeffrey now works two days a week teaching differently-abled people to cook as a sous-chef. He plans to run again for the Foundation in September this year and the Johan Cruyff Foundation in April (to raise funds for children’s sports).

Lia Marmelstein-de Koning has been a volunteer for the Eye Care Foundation since her retirement and photo-chronicles the run for the Foundation.