Francisco Sanz León works as a Projects Manager for Ulls del món (also known as Eyes of the World) and won the Amateur Prize in last year’s #MakeVisionCount photo competition. He writes about the RAAB in Inhambane, Mozambique, where he took his winning photo. 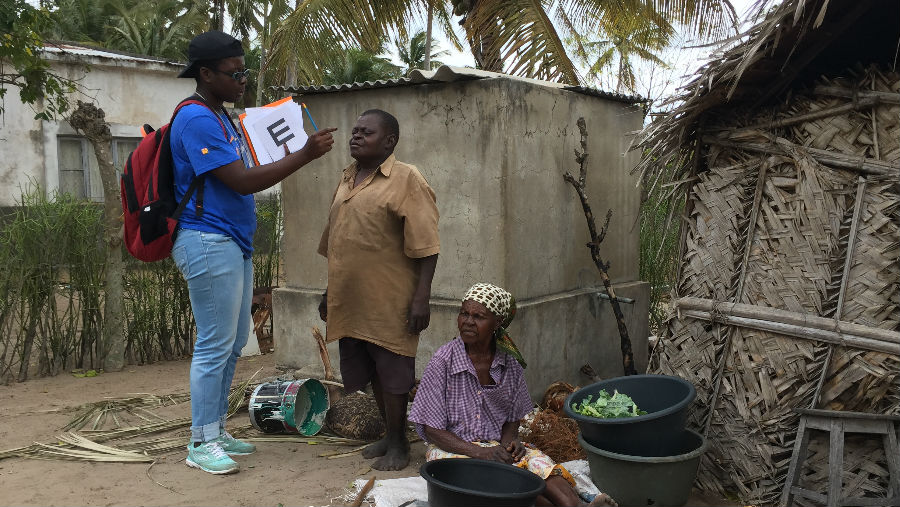 My name is Francisco Sanz León and I work as a Projects Manager for Ulls del món (also known as Eyes of the World).

Eyes of the World’s blindness prevention efforts focus on some of the most vulnerable parts of the world, with projects in Mali, Algeria’s Sahrawi refugee camps, Mozambique and Bolivia.

Inhambane is one of the eleven provinces in Mozambique and the second poorest province in the country. The city of Inhambane has a wonderful landscape and beautiful beaches. But it is also a place where 83% of its 1.3 million inhabitants live below the poverty line. A measly 4% of the population has access to electricity.

Eyes of the World started working here in 2002. In 2016, the organization decided to conduct a RAAB survey to estimate the existing burden of blindness in the province.

We had two objectives for this:

The first was in line with objective 1 of the WHO Global Action Plan 2014-19: generating evidence on the magnitude and causes of visual impairment and eye care services. Then using this evidence to advocate for greater political and financial commitment to eye health. 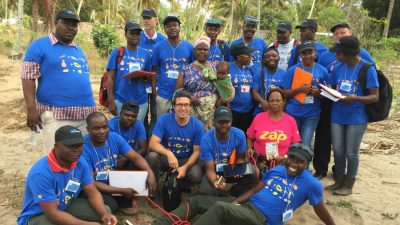 The second objective was setting a baseline for planning new interventions based on the results.

We conducted the RAAB with the Ministry of Health, who brought some staff from other provinces to Inhambane to join the provincial team. Other participants included the University of Cape Town, specifically its Community Eye Health Institute (CEHI), with Mr. Deon Minnies training and monitoring the team and preparing the final report. 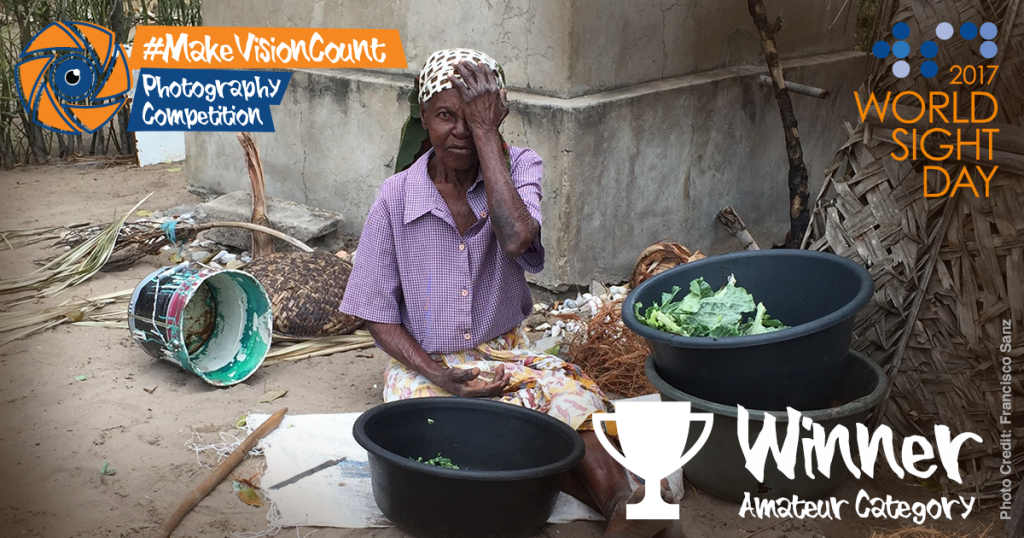 The picture that I submitted for the photo competition (which became the eventual winner in the Amateur category) was taken during the RAAB at a slum in Inhambane (Mucucune). The lady in the picture was doing house-work in her backyard when our RAAB team came across her. After that, I asked her permission to take the picture. She nodded a yes with her head but did not remove her hand from her face. I never learnt her name, neither do I know her life story. I can only assume that her story must be similar to most women in Inhambane: of someone born in the countryside, moving to the city to find work as an agricultural laborer. A woman who had to handle the dual responsibilities of earning a living and taking care of her family and house-hold work… A difficult life. Three times as vulnerable: a woman, from a rural background, in a poor country. Four times now, because she is an elderly woman. For most women in Mozambique, access to education and to health services is challenging due to prevalent gender roles there. 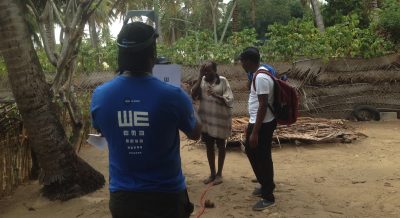 The RAAB’s main conclusions were:

Changes after the RAAB

Currently, there are only four places in the province that offer eye care services, and only one of them has an ophthalmologist. However, this was not the case between March 2017 and April 2018, when Inhambane did not have a single ophthalmologist. That is why in November 2017, Eyes of the World sent a surgical medical commission from Spain to perform surgeries, thus alleviating the lack of surgical care in the province.

The RAAB data showed what was very evident on the ground: existing human resources in ocular health were not sufficient for the size and problems of the province.

We must remember that the VISION 2020 initiative recommends the following human resources in ocular health for a population of 1 million inhabitants: 4 ophthalmologists, 10 specialized nurses and 4 optometrists, in addition to a zone director.

But given the resources available in the country, aspiring to meet these numbers is impossible. Inhambane, given its population, would need six ophthalmologists. Obviously, this is not possible in a country which last year had just 22 ophthalmologists in total, with several of them being foreigners.

However, Eyes of the World signed a tripartite agreement with the Provincial Health Directorate (DPS) and the Ministry of Health through the National Eye Health Program (PNSO) that proposes to make some realistic changes. The goal is to have three ophthalmologists in the province by 2022. The first should be incorporated in the first quarter of 2018 (already in Inhambane); the second in August 2019; and the third during the year 2022. Eyes of the World will finance the training of the ophthalmologist’s last year that will be incorporated in 2019, and the complete training that will be incorporated in 2022.

And last but not least, another positive consequence of the RAAB was that the collaboration initiated during the same with the CEHI of Cape Town allowed the new Provincial Head of Ocular Health to attend a course of management of health projects in that South African institution. 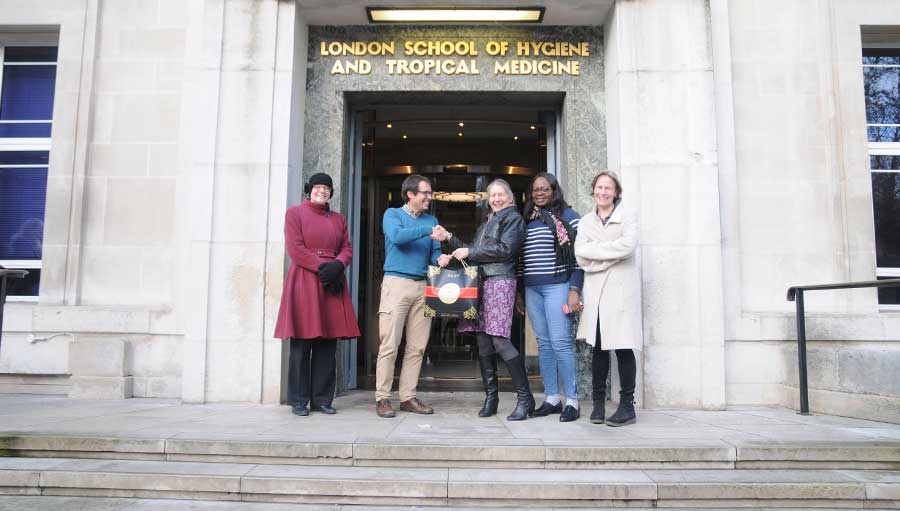 For any queries, please write to communications@iapb.org