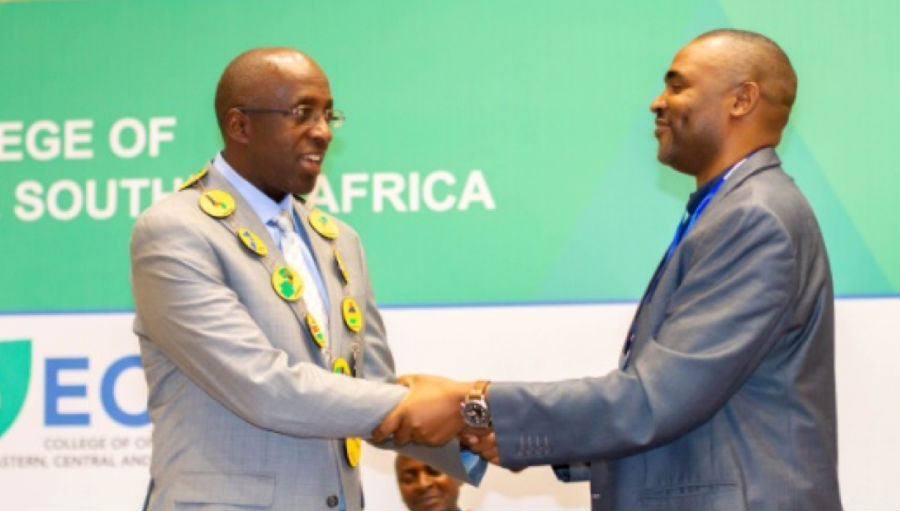 The Annual Scientific Congress of the College of Ophthalmology of Eastern, Central &Southern Africa (COECSA) was held in August 21-23rd in Kigali Rwanda. The Congress attracted over 500 delegates from over 55 nationalities as well as over 30 exhibitors from around the world. This event marks one of the largest and well attended scientific congresses in Sub Saharan Africa.

The college elected a new leadership at the 7th Annual General Meeting that saw the election of new Council with Dr John Nkurikiye (Rwanda) elected as the incoming President and Dr Consity Mwale (Zambia) elected to serve in the capacity of Secretary General. While Dr Sarah Sitati (Kenya) was elected as Treasurer. Dr Nkurikiye thanked the outgoing President, Dr Ibrahim Matende and the entire executive for their service to the college and vowed serve all stakeholders equally and equitably taking into account the rapid growth of the college. The secretariat has also seen a growth in number with the addition of a new staff, Mr Robert Ntitima who joined the college in August in the capacity of Education and Training Officer.