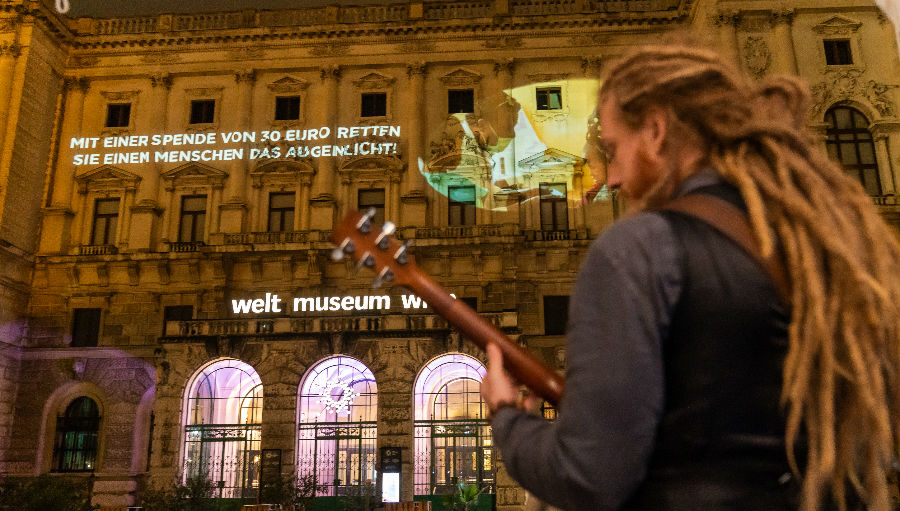 For World Sight Day, Light for the World drew attention to the façade of the Weltmuseum in Vienna last night with an impressive video projection.

For this occasion, media artist Alexander Sikanda depicted visually impaired and blind people from Africa into the light of his 3D video mapping, visited by numerous visitors came despite the pouring rain. At the same time, the approximately 40×14 meter projection also expressed hope. For 65 million people who suffer from cataracts,  a simple operation can help them see again. Many other eye diseases and visual impairments can also be treated or alleviated through rehabilitation. “Light for the World has conducted more than one million eye exams and 89,000 eye surgeries last year alone. In 2020, we will launch a new children’s eye health programme that will change the lives of more than one million boys and girls living in the poverty regions of Africa over the next decade, “said Rupert Roniger, managing director of Light for the World International.

Image on top:  Video mapping 40×14 metres on Vienna World Museum (part of Imperial Palace) with Music and Event – the day before World Sight Day in the heart of Vienna (c) Thomas Meyer Photography