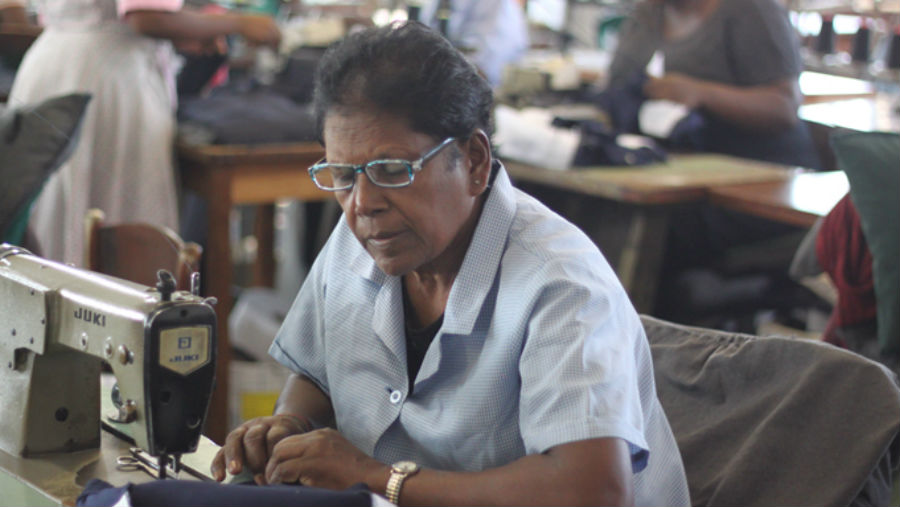 An estimated 1.1 billion people had uncorrected near vision impairment globally in 2015,1 with the majority of it occurring in developing countries. In some locations it has been found that over 90% of people don’t have the near vision spectacles that they need. 2,3

The impact of uncorrected presbyopia on people’s lives has gone largely unreported, but some recent studies revealed that quality of life and productivity gains, following correction, can be substantial. The studies were funded and made possible by the Lions Club International Foundation. A randomised control trial conducted among tea plantation workers in India found a significant increase in productivity following spectacle provision.4

Two exploratory studies conducted among clothing factory workers in KwaZulu-Natal province, South Africa, provide some further insight.5,6 Researchers from Brien Holden Vision Institute and African Vision Research Institute, investigated the impact of correction of near vision impairment on workers in several different roles – machinist, cutter, zip sewer, clothing pressers and quality controllers – who all rely heavily on good near vision to adequately perform the tasks associated with their roles. Work productivity was defined as the weight of product (in kilograms) passing quality assurance per day.

Significant increases in production scores were recorded for machinists (6.6%), clothing pressers and quality controllers (5.8%), when they were assessed six months after receiving near spectacle correction. There was no significant gain for cutters and zip sowers, although there were only a small number of these in the study (two and one respectively).

Impact of near vision spectacles

The researchers also assessed the impact that near vision spectacles had on vision-related quality of life for the workers. Using the National Eye Institute 25-Item Visual Function Questionnaire in face-to-face interviews before and after provision, they found an overall increase of 36.5% in vision related quality of life scores, with scores increasing for both males and females after spectacle provision.

A follow up randomised control study, which will further investigate these findings and the potential impact of other factors such as ageing and causality has now been completed.

The article “Near vision correction and work productivity among textile workers” was published in African Vision and Eye Health and can be accessed at:

The article “Near vision correction and quality of life among textile factory workers in Durban” was published in African Vision and Eye Health and can be accessed at: https://avehjournal.org/index.php/aveh/article/view/384