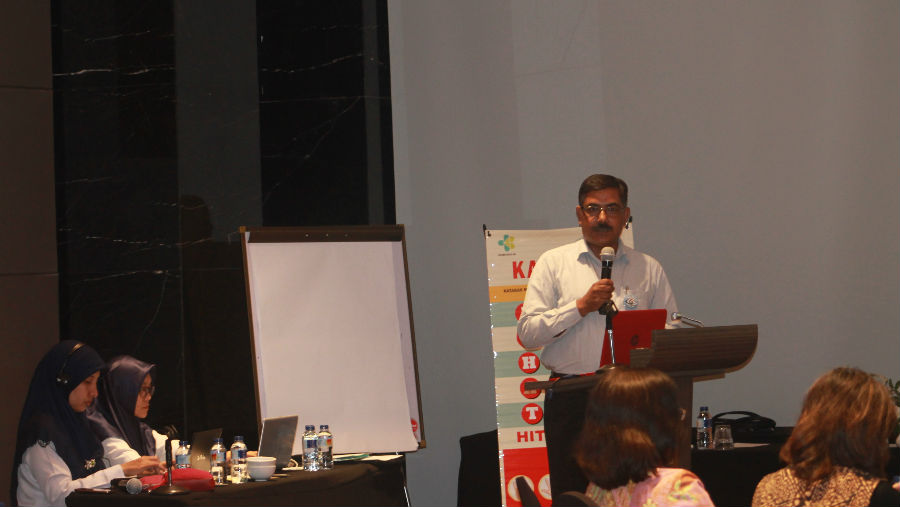 A RAAB survey covering 15 districts in Indonesia (in 2016) showed that it had one of the highest prevalence of blindness in the South-East Asia region.

The survey also showed that the human resources were concentrated in the major cities. The Indonesian archipelago has more than 13,000 islands. The survey noted that personnel presence was negligible to non-existent in many remote and rural islands. The Cataract Surgical Rate (CSR) is one of the lowest–around 1500 per million population–in the region.

Considering all these facts, IAPB was involved in advocacy efforts with the Indonesian National Committee of Blindness and Ophthalmological Society of Indonesia (PERDAMI) to formulate a Strategic Action Plan on eye health with feasible targets and coherent monitoring indicators. After two consecutive advocacy workshops and meetings supported by IAPB and its members, including persistent effort of the IAPB country chair Dr Aldiana Halim, the Indonesian Ministry of Health has approved a long-term Strategic Plan on Eye Health services of Indonesia. The eye health plan is basically a transformation of the WHO Global Action Plan 2014-2019 and WHO health system building blocks to the national level.

The plan has a target of reducing 25% of visual impairment by 2030 with a baseline of 2014 – 2016 RAAB findings (In 15 districts, RAAB shows blindness among the 50+ age group as 1.7% to 4%). As a part of delivering comprehensive eye care services, the plan aims to provide for rehabilitation services to 50% of those who need it. To ensure accessibility and universal access to eye care, it has a target of providing primary eye care services (Puskemas), reaching a population of 30,000 – all over the country.

As cataract is the leading cause of blindness in the country the aim is to achieve a cataract surgical rate of 3000 per million population, with an Ophthalmologist to population ratio of at least 1:250,000 in all districts and regions of the country.