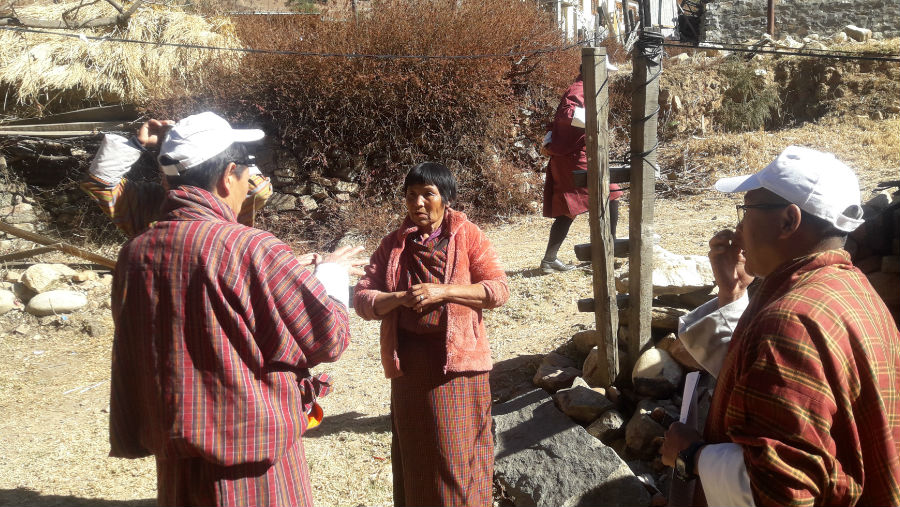 Bhutan is one of the countries where a previous nationwide blindness survey exists and can be compared with the latest, the Rapid Assessment of Avoidable Blindness (RAAB) Survey 2018. The 2018 survey’s sampling frame covered the population aged 50 years and older, across all 20  districts of the kingdom.

The first RAAB survey in Bhutan was conducted in 2009. That survey revealed an age/sex adjusted prevalence of blindness at 1.5%. Cataract was the leading cause of blindness (67.1%) and severe visual impairment 74.1 %. Cataract surgical coverage was 72.7% among bilateral cataract blind. Good visual outcome was 56.8% (presenting visual acuity 6/18 or better) and poor outcome was found in 23.6% of cataract-operated eyes.

The follow-up survey was carried out after 9 years from December 2017 to February 2018. The survey was conducted by the Primary eye care programme, Ministry of Health, Bhutan with financial support from the Lion Clubs International Foundation and technical support from International Agency for Prevention of Blindness (IAPB) South East Asia Region.

The nationwide follow-up RAAB of 2018 revealed that Bhutan has achieved the target set by WHO Universal Eye Health, Global Action Plan 2014-2019, in the blindness category with a decrease of prevalence of blindness by 33%. This study provides evidence of improvement in eye care services in Bhutan in the last 8 years, as shown by a decrease in prevalence of blindness and cataract blindness as well substantial increase in cataract surgical coverage combined with improved visual outcome.