For World Glaucoma Week, Keith Martin writes on glaucoma and his work which is focused on improving the vision of glaucoma patients. 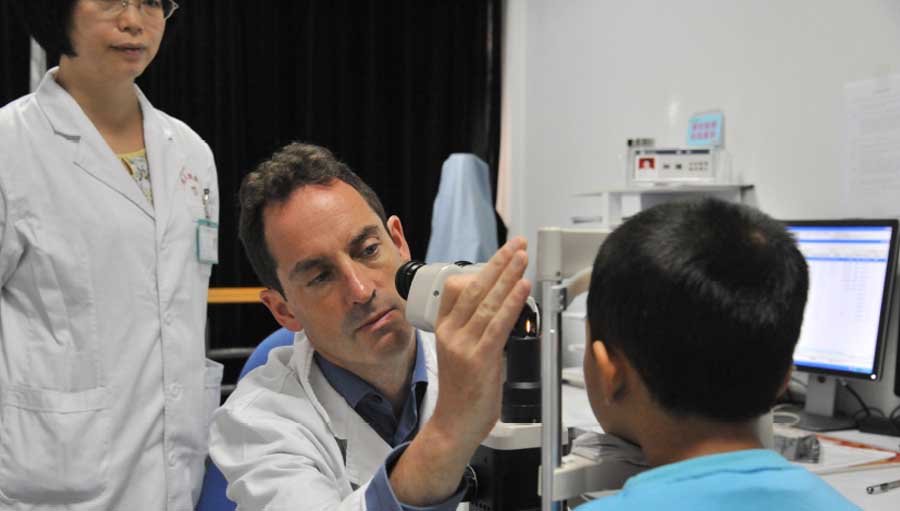 As President of the World Glaucoma Association, I think World Glaucoma Week is one of the most important contributions we make to raising awareness about glaucoma, a disease that remains the biggest cause of irreversible blindness in the world.

There are over 300,000 people in Australia with glaucoma and around half don’t even know they have the condition. That’s because in its early stages, glaucoma — a deterioration of the optic nerve which first affects peripheral vision — often has no symptoms. That’s why the disease is sometimes known as “the silent thief of sight”. Vision can become slightly blurry at the periphery, but this might not be noticed until central vision is affected. By then it’s often too late to reverse the damage. 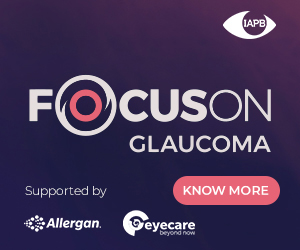 Early diagnosis of glaucoma is vital because treatment is available which can slow the progress of the disease. It’s sensible for people under 40 to have an eye examination every five years or so, but if you have a family history of glaucoma, or are of Afro-Caribbean origin, or very shortsighted, then your risk is increased so you should be tested more often. As the risk of glaucoma increases with age, those over 40 should also have more frequent eye examinations. By the time we are 80, our risk of glaucoma rises to more than 1 in 8.

Glaucoma patients can present with increased pressure inside the eyes, known as intraocular pressure, or IOP. However, it should be stressed that even those with normal levels can develop glaucoma. It is therefore important that testing for glaucoma involves not just measuring the pressure in the eye but looking carefully at the optic nerve and measuring the peripheral as well as the central vision.

Controlling the pressure in your eyes over the course of 24 hours reduces the risk of the disease getting worse. The problem is, most studies show that only half the people who are prescribed treatment actually use it. They may take eye drops for a while but then either forget or give up. But if you have been prescribed eye drops, you must use them every day.

I am very interested in what we can do to make living with glaucoma easier for our patients. That might mean developing better tolerated eye drops or simply making eye drop bottles easier to open. The more eyedrops patients are given the less likely they are to use them which is one reason why eye drops that only need to be used once a day rather than two to four times a day have been an important advance.

In the last few years, a range of fluid-draining devices have been developed that can be implanted in the eye via minimally invasive surgery. These devices are designed to lower IOP and reduce the need for eye drops. We don’t yet know how they will work over the long-term; plus they may be less appropriate in the treatment of severe or advanced glaucoma where very low eye pressures are required. So, there is still more research to be done in this area to develop new devices that achieve even lower eye pressures in the long term.

However, we now understand more about the pathology of the disease and this is opening up the possibility of treating glaucoma with gene therapy and stem cell therapy. We’re starting to learn how to restore function to the injured optic nerve, and while the work is still at an early stage and confined to animals, techniques to regenerate the optic nerve are also evolving rapidly. I believe that in future there is the prospect that we may be able to improve the vision of glaucoma patients, as well as being able to slow the decline of the disease. This is the major focus of my work at the Centre for Eye Research Australia and the University of Melbourne. The challenges are great, but the rewards are potentially lifechanging for patients with glaucoma in the future.